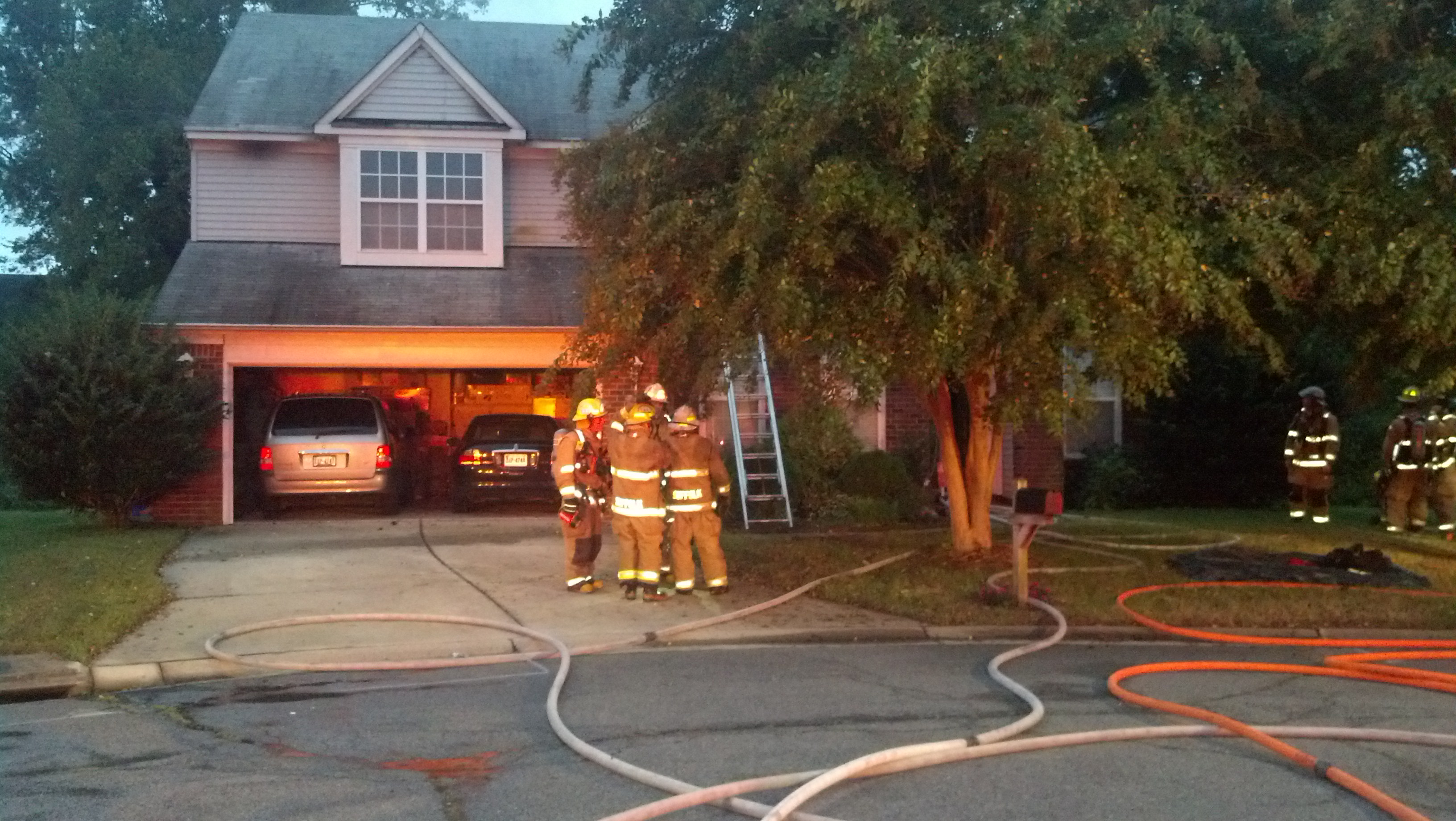 Suffolk, Va. – Five people have been displaced after crews battled flames at a house in Suffolk on Wednesday.

Crews responded to the single family home in the 6400 block of Ashmeade Court in the Bristol Shores neighborhood at around 6:26 a.m.

When they arrived, they say they could see heavy fire coming from the second floor. The family was outside of the home at the time.

They say there was heavy damage to the second floor and attic area as well as smoke damage throughout the home.

Crews were able to get the fire under control at 7 a.m.

They say one child was evaluated and released at the scene. The family is now being assisted by the Red Cross.

A pet guinea pig has been pronounced dead, officials say.