UPDATE: One dead after slamming SUV into back of tractor trailer on Route 58 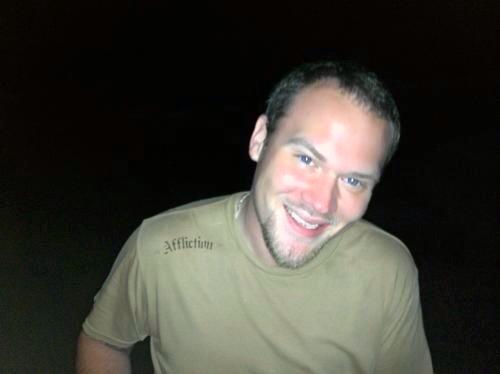 Update: One person is dead after police say he ran into the back of a tractor trailer on Route 58 on Friday night.

A preliminary investigation revealed that witnesses saw a Honda Element SUV speeding and weaving in and out of traffic. The SUV then hit the back of the tractor trailer officials say.

The driver of the SUV was pronounced dead at the scene. He has now been identified as John Thomas Knox, 28, of Suffolk.

The driver of the tractor trailer was not injured.

Crews put a detour in place diverting traffic down Buckhorn Drive, but then another accident occurred with another tractor trailer. They say it ran off of the road and into a ditch which caused the traffic to revert to alternating eastbound and westbound on Route 58/Holland Road.

No one was injured in the second accident.

Previous: Suffolk, Va. – Suffolk officials say there has been an accident involving a van and a tractor trailer at the intersection of Route 58/Holland Road and Longstreet Lane.

Rte. 58/Holland Road is now closed in both directions.

Calls came in at 5:52 p.m.about an accident on the westbound side of Route 58/Holland Road.

Officials have not said exactly how long they expect the road to be closed.

Knox’s family sent NewsChannel 3 the following statement about their loved one:

“John Thomas Knox was a loving father, son and brother and will be sorely missed not only by us, but all those who had the opportunity to know him.  He was a dedicated and loving father to his 4-year-old son Emmett, a beloved son to Thomas and Shirley and an admired brother and beloved friend to Eric.  John grew up in Suffolk, VA and following graduation from Lakeland High School, he knew he wanted to learn a trade that would allow him to help people while applying his artistic talent.  In 2002, he set out on a journey to do just that, studying at John Tyler Community College and later graduating with a degree in Mortuary Science.  John worked as a Funeral Director for several years and consoled countless families in their darkest hours as he supported and guided them through the despair that comes with loss.

Following his tenure at Wright Funeral Home in Franklin, VA, John decided to focus on his artistic talents, becoming a photographer at Lifetouch National School Studios.  John thrived in his new-found environment, and picking up a camera became a natural outlet for his creativity.

John had plans to go back to school and earn another degree, a degree in Graphic Design, which he felt was his true calling.  He was looking forward to building a bright future for himself and his son Emmett.”

Click here to beat the traffic with NewsChannel 3’s interactive maps and cameras.