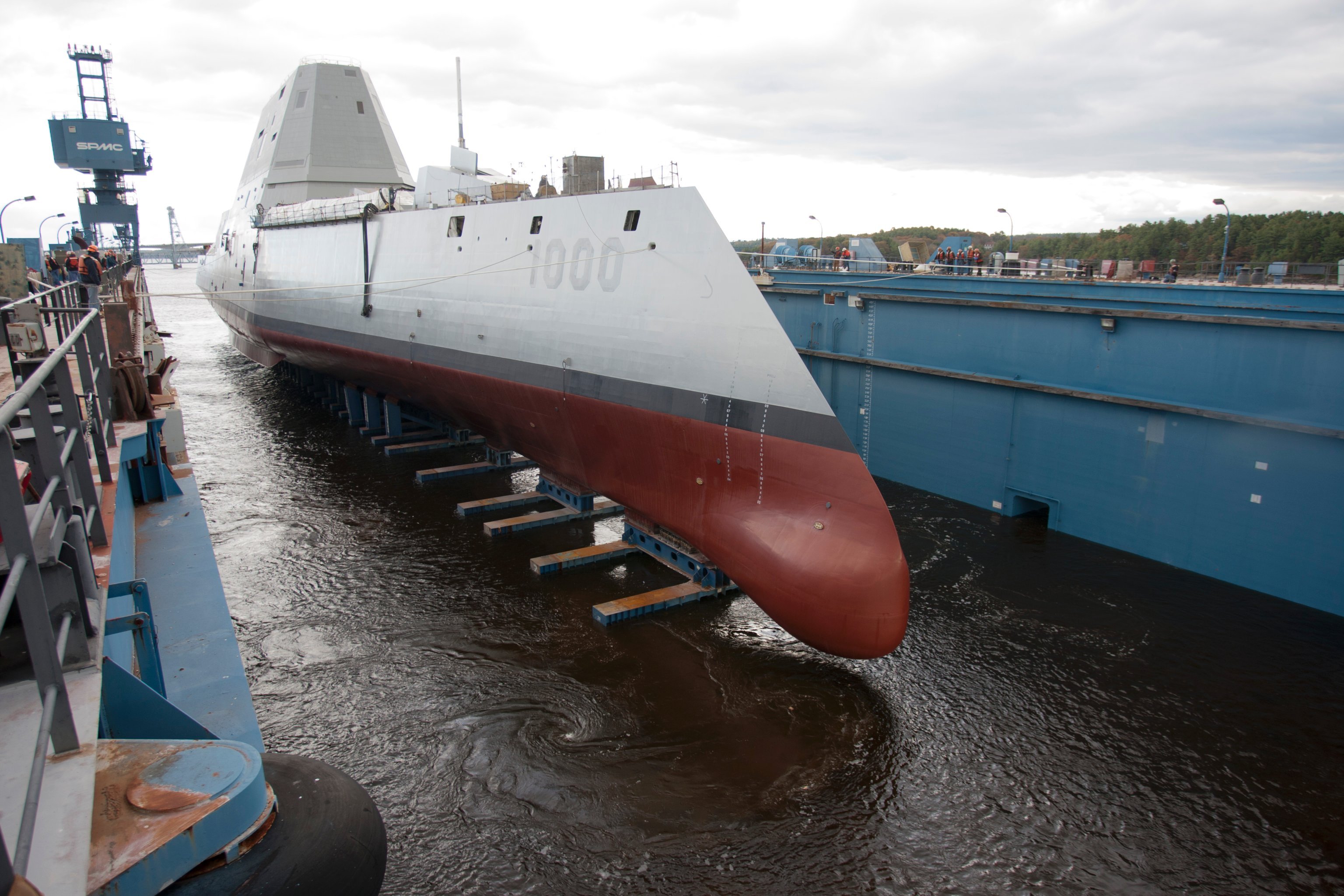 (CNN) — The Navy’s newest warship slipped out of dry dock this week into the waters of Maine, marking a new era for war fighting at sea.

The USS Zumwalt, the first of the DDG-1000 class of destroyers, is longer, faster and carries state-of-the-art weapons that will allow it to destroy targets at more than 60 miles, according to the Navy.

At 610 feet long and 81 feet wide, the Zumwalt is longer and thinner than the USS Arizona, a battleship sunk at Pearl Harbor. But it weighs about half as much.

Much of the ship’s superstructure is wrapped in a huge, canopy made of lightweight carbon fiber composite.

The canopy and the rest of the ship is built on angles that help make it 50 times harder to spot on radar than an ordinary destroyer.

“It has the radar cross-section of a fishing boat,” said Chris Johnson a spokesperson for Naval Sea Systems Command.

The Navy had planned to spend up to $9 billion in research and development on the DDG-1000 program and up to $20 billion to design and deliver seven ships. But cost overruns cut production to three ships.

When it begins missions, the Zumwalt will be the largest stealthy ship in the Navy.

Coming out of dry dock at Bath Iron Works in Maine does not mean the ship is ready to put to sea.

The shipbuilder will now begin installing a considerable arsenal of weapons, including two Advanced Gun Systems (AGS) which can fire rocket powered, computer-guided shells that can destroy target 63 miles away. That three times farther than ordinary destroyer guns can fire.

The DDX will go to sea with a crew of about 150 as opposed to current destroyers which carry a crew of 275. One reason is the AGS is virtually self-firing. It needs no sailors to load the shells or remove the spent rounds.

The Zumwalt will also be equipped with a new missile launching system capable of firing 80 missiles, including Tomahawk cruise missiles and Seasparrow surface to air missiles.

Finally it will be able to carry and launch two Seahawk helicopters or four unmanned aerial vehicle.

Its christening had been been scheduled for last month, but the government shutdown forced the Navy to cancel the ceremony.

It’s expected to be rescheduled next spring. The shipbuilder, plans to finish construction and turn the ship over to the Navy next year.