Update: The driver of the SUV has now been identified as Raymond Balser, Jr. 67 of Elkton, Va. Police say they do not believe alcohol was a factor.

Previous: Chesapeake, Va. - A Chesapeake school bus from Western Branch Intermediate has been involved in a fatal accident with an SUV.

The accident happened on Peppercorn and Taylor Road at around 2:45 p.m. on Wednesday.

Police say a Honda SUV was going eastbound on Taylor Road. The school bus was making a left turn when the SUV driver ran into the driver's side of the school bus officials say.

The driver of the SUV was killed on impact. Witnesses tell police that speed was a factor with the SUV. Students on the bus are now being evaluated by medical personnel on the scene.

Taylor Road is now shut down between Bangor Drive and Dunedin Drive.

A Chesapeake Schools spokeswoman says there were 25 students on the bus at the time. The school has 3rd, 4th and 5th graders.

Norfolk Sentara tells NewsChannel 3 that they received seven students. They say their injuries are mainly bumps and bruises. Five more patients arrived later from the bus crash at Sentara BelleHarbour free-standing emergency department in Suffolk. All students have now been released from Sentara facilities.

There are also five kids who were taken to Chesapeake Regional. Four of them were from Western Branch Intermediate and another student was from Grassfield where a second bus accident occurred. The injuries are described as scrapes and bruises. All students here have now been released. 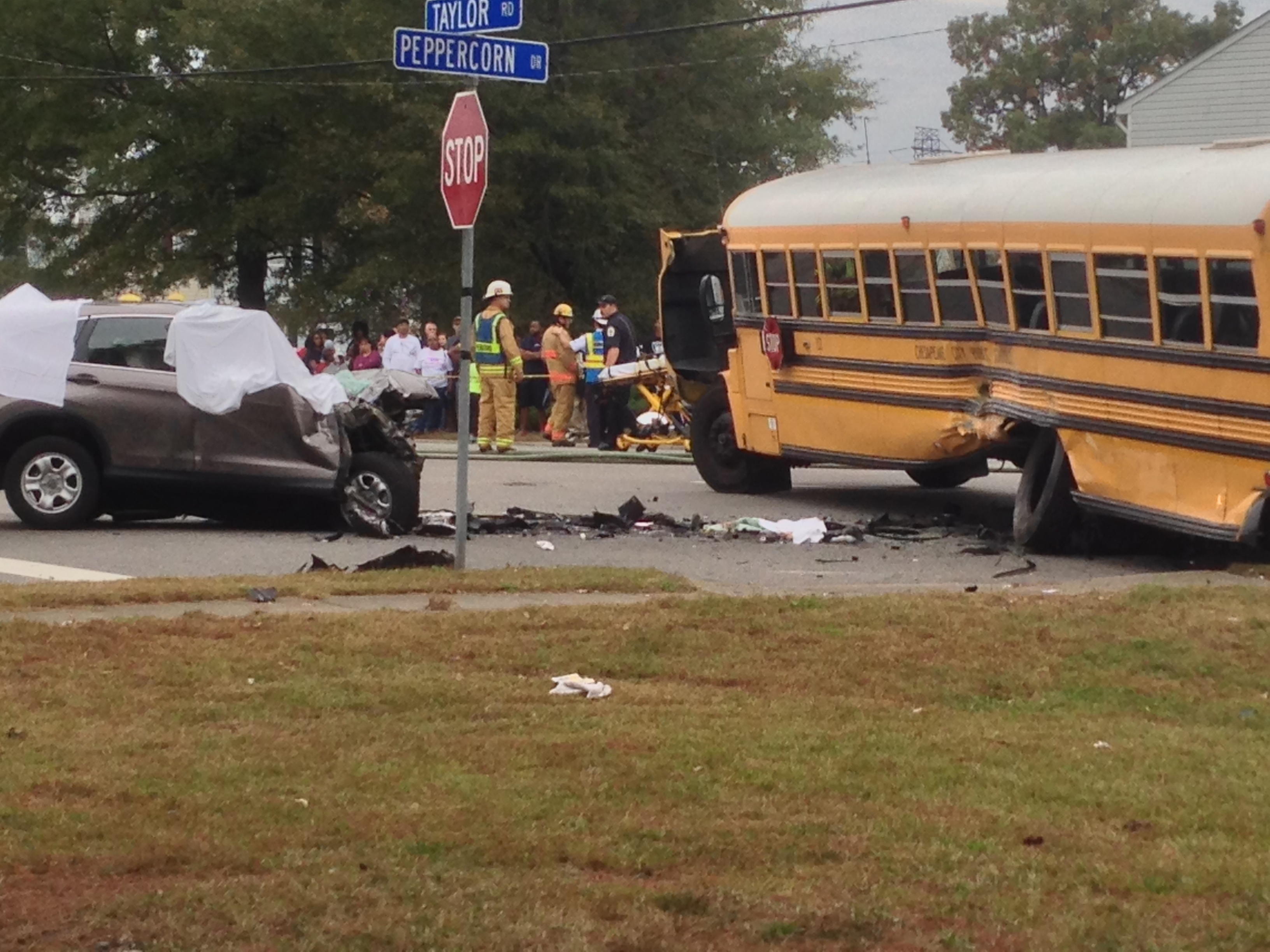