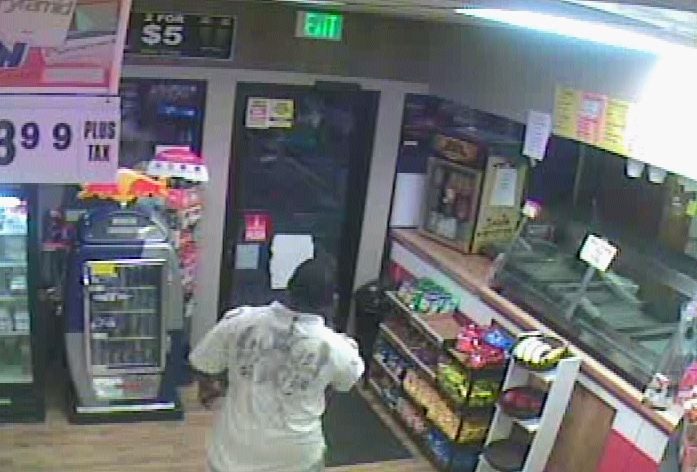 A clerk and a customer were inside the business when it was robbed.

After the suspects took the cash, police say they drove away from the area in possibly a dark colored vehicle.

After the suspects left the scene, the male customer left the business and was not on scene when police arrived.

No one was injured in the robbery. The suspects’ descriptions are as follows:

Suspect 1: Black male, wearing a black hoodie (possibly with a graphic of Sons of Anarchy), dark blue jeans, a bandana over face, hat, and gloves – armed with a handgun.

Suspect 2: Black male, wearing all black clothing, a mask and gloves – armed with a handgun.

Robbery detectives are asking for assistance in identifying the customer who was in the business at the time of the robbery. Police say he may have information about the robbery which could assist detectives. In addition, if you know anything about this business robbery or the identity of the suspects, call Crime Line at 1-888-LOCK-U-UP.