A woman was killed Friday night and two other people were injured in a three-vehicle accident in the 3000 block of North Landing Road.

Investigators say a 1999 Acura was traveling southbound on North Landing Road when the driver crossed the center line and side-swiped a 2001 Jeep Wrangler, causing the Jeep to rotate counter-clockwise into a ditch.

The Acura continued southbound and ran head-on into a 2008 Ford Expedition.

The driver of the Acura, Dequita Dowtin, was transported to an area hospital where she died of her injuries. She was not wearing a seatbelt. Police say that is a contributing factor. 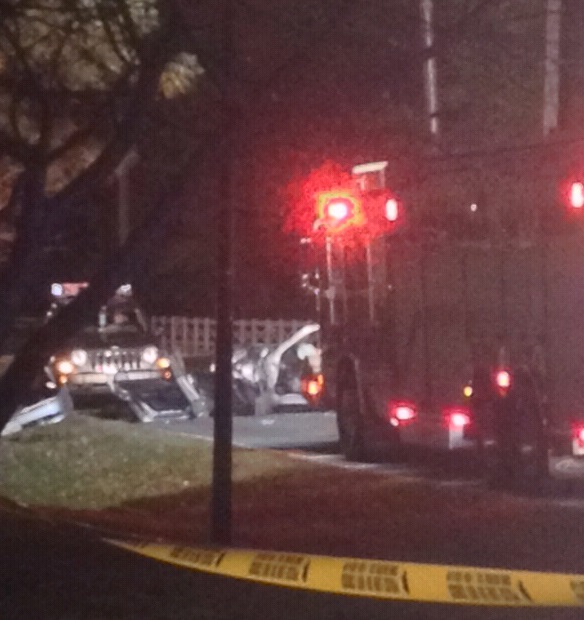