The ship departed for the U.S. 6th Fleet area of responsibility Feb. 7, where she supported the Ballistic Missile Defense (BMD) mission and maritime and theater security operations in support of Operation Active Endeavor.

“Barry’s mission is always one of defense and deterrent, but we, the crew, contributed so much more to Navy operations during this deployment then we thought possible,” said Cmdr. Thomas Dickinson, the ship’s commanding officer.  “Not only did we participate in several important exercises, as well as supporting 6th Fleet missions during the Syria crisis, but my Sailors also got to experience some excellent port calls in some of the area’s most ancient places.”

Barry transited the Straight of Gibraltar and immediately began operations in the eastern Mediterranean Sea. Her first mission was NATO exercise, Proud Manta 2013, the largest multi-national anti-submarine warfare exercise in the world.

During the exercise, Barry worked with ships and aircraft from nine different NATO countries on submarine detection and prosecution.  Additionally, Barry participated alongside the Hellenic and Israeli navies in Exercise Noble Dina 2013, a multi-lateral exercise centered on the joint missions of anti-submarine and air defense warfare (ADW) as well as search and rescue operations.

Also during Exercise Noble Dina, Barry’s crew had the opportunity to experience life aboard ships from Greece and Israel in a week-long cross-decking opportunity while Barry hosted Greek and Israeli Sailors.

The crew conducted more than 100 maritime queries in support of NATO’S Operation Active Endeavor, ensuring the safety of all maritime shipping in the region.

Barry’s port calls included historic sites in Italy, Greece and Israel, where the crew was able to visit Rome’s Coliseum and Vatican, Jerusalem’s Old City and Wailing Wall, and Athens’ Parthenon. The ship and her crew also visited the Greek islands of Crete, Rhodes, and Corfu.

“It was an incredible experience visiting these places,” said Seaman Remigio Vallin. “[It’s] one thing to see these places from afar, but when you can reach out touch them; I never thought it could be this beautiful.”

Many crew members dedicated their liberty time to volunteering for community service projects that allowed them to interact with the host nations and assist the local people on a personal level.

“For all their hard work and commitment to missions, exercises and community service projects, I could not think of a better reward to my crew then to have them return home with such incredible sea stories to tell,” said Dickinson. 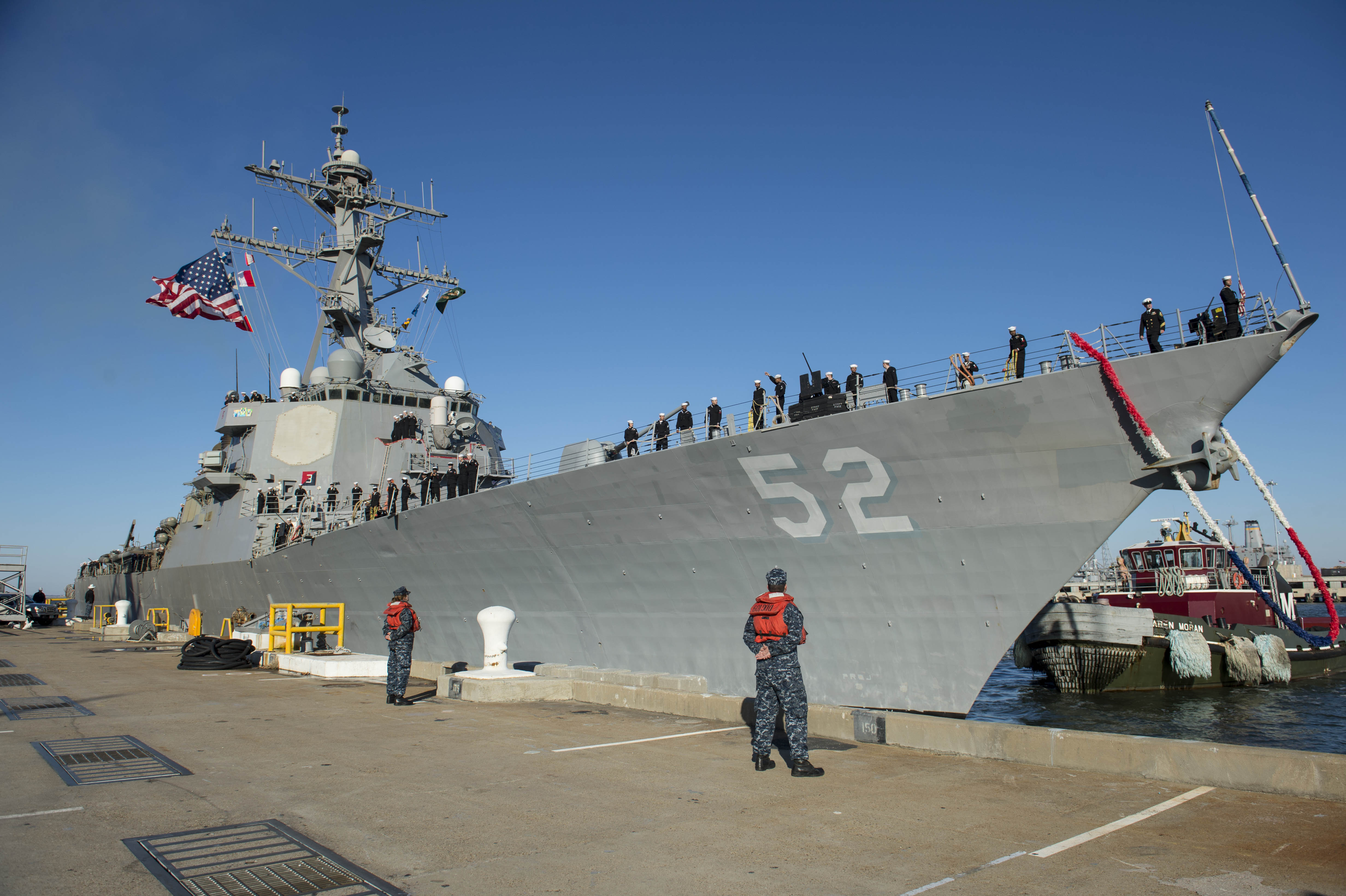