The Isle of Wight County Sheriff's office has released the 911 call made after an 11-year-old's reported abduction in October as well as surveillance video showing what they believe to be the suspect's vehicle.

The 11-year-old girl told police a man took her from her bus stop and sexually assaulted her twice.

Police say the girl was abducted at around 8 a.m. off Route 17 in Carrollton.

The girl was returned to her bus stop afterwards and notified her parents when she returned home.

The abductor is described as an older white male who is about 178 pounds and around 5’8. He has short blonde hair, a thick beard, no mustache and bushy blonde eyebrows. He has blue eyes, yellow teeth, a wide nose and he has lots of freckles on his face and arms.

Officials say he was wearing small round glasses, cut off jean shorts and a tan shirt. He also had on brown and blue tennis shoes. His speech is described as “slow.”

She also remembered very specific details about the car he drove and where he took her.

The vehicle is a 1995-2001 Chevrolet Cavalier, two-door, light grey or silver in color.

Officials say the vehicle has black and gray interior with manual roll up windows.

Investigators have also released video of what they believe to be the suspect's vehicle as it drove past the Suffolk Courthouse. 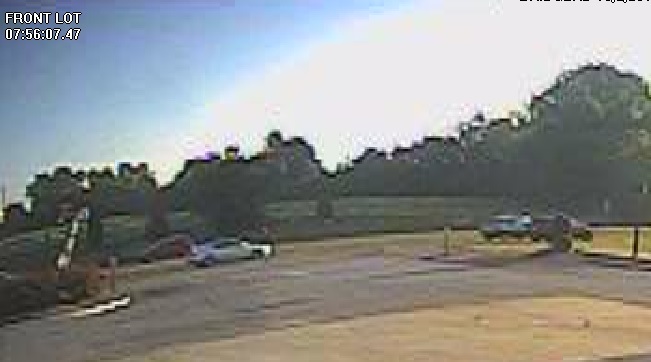