Selfie named word of the year for 2013 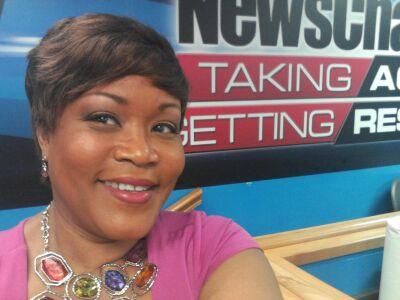 (CNN) – The most esteemed and established guardian of English vocabulary has bestowed a prestigious annual honor upon debatably the most embarrassing phenomenon of the digital age: the selfie.

So, grab a smart phone, put on your best duck face and celebrate. Selfie is the global Word of the Year 2013, according to Oxford Dictionaries.

And when you share your mug on Facebook, Twitter or Snapchat, you’ll join millions of others around the world perpetuating a tradition started over a decade ago, Oxford said.

The word first popped up in an Australian chat room on September 13, 2002, to describe an undignified scene, the dictionaries’ publishers believe.

This was the post: “Um, drunk at a mates 21st, I tripped ofer [sic] and landed lip first (with front teeth coming a very close second) on a set of steps. I had a hole about 1cm long right through my bottom lip. And sorry about the focus, it was a selfie.”

Yes, the first-ever known mention of the word “selfie” stemmed from an inebriated mouth with teeth protruding through its bottom lip.

Given those circumstances, Oxford may not much care how you pronounce it.

You may spell it “selfie” with “ie” or “selfy” with a “y.” Oxford says that doesn’t change the official definition:

“A photograph that one has taken of oneself, typically one taken with a smartphone or webcam and uploaded to a social media website.”

For years after its birth, “selfie” crept through the Internet largely unnoticed.

But in 2012, it began its ascent to digital fame, Oxford said. Suddenly, everybody around the world was talking and writing the word, as self-snaps whirred through the Internet.

By August this year, Oxford proclaimed it an real English-language word and gave it a place in the dictionary, but that was merely a stepping stone to lingual infamy.

“Language research conducted by Oxford Dictionaries editors reveals that the frequency of the word selfie in the English language has increased by 17,000% since this time last year,” Oxford wrote in justifying its choice.

“Selfie” beat out seven competitors, including “twerk,” “schmeat” (synthetically produced meat) and “bitcoin” for the Word of the Year crown.

“Selfie” is not slouching on its thrown, Oxford said. It has already been very productive, pumping out offspring.

There is also the “drelfie” — a photo of yourself when you’re drunk.

Fitting, since a drelfie Australia was the first “selfie” that ever bore the name.