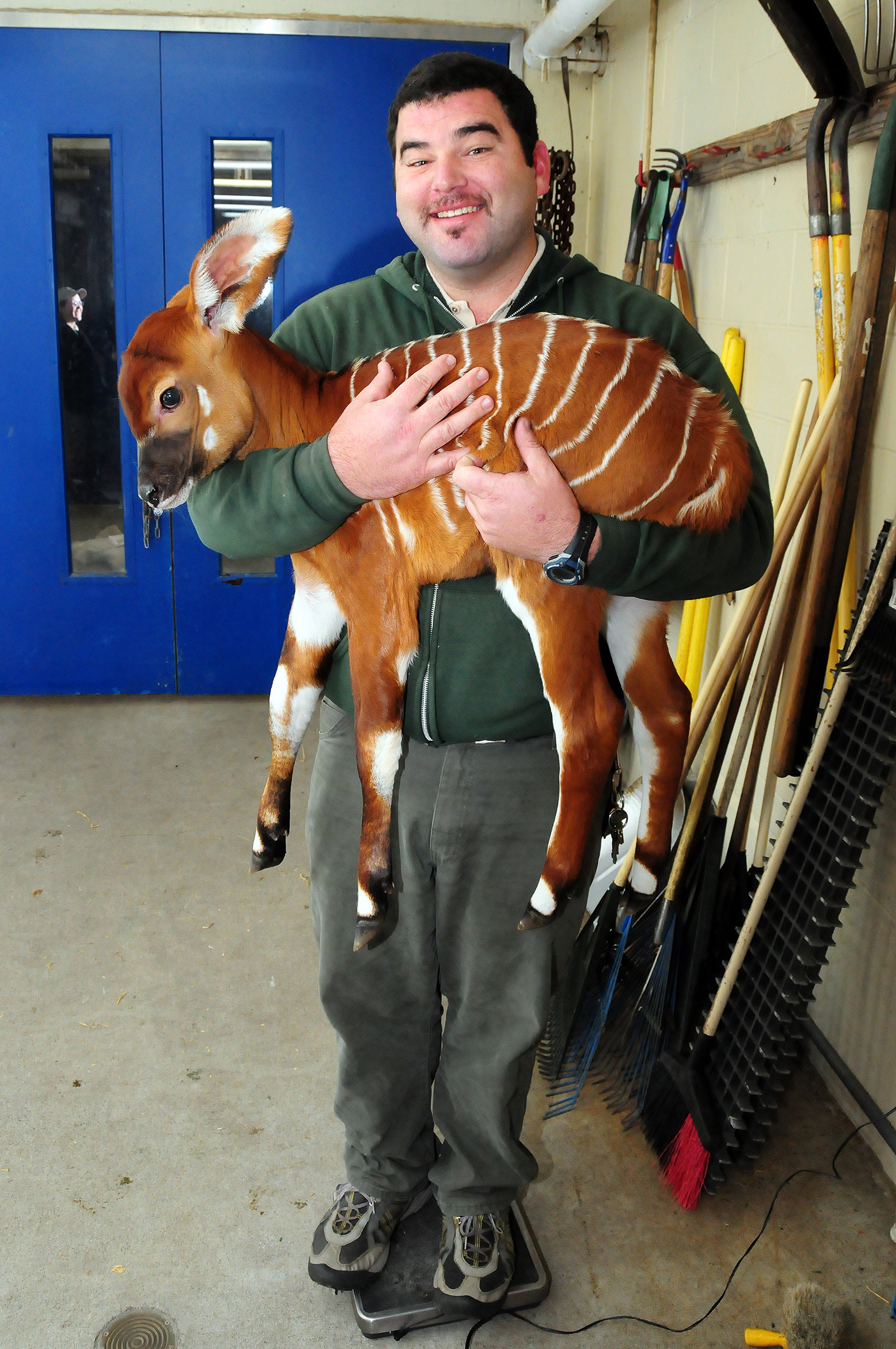 A baby bongo born at the Virginia Zoo on Tuesday is now accepting visitors.

The female calf is the fourth for mother Betty and the second for father A.J.

The Virginia Zoo says their bongo breeding program is part of the Association of Zoos and Aquariums’ Species Survival Plan, which strives to preserve endangered species.

As part of the effort, the Virginia Zoo sent one of its captive-born calves to Africa in 2004, to create a herd with other bongos from North American zoos.