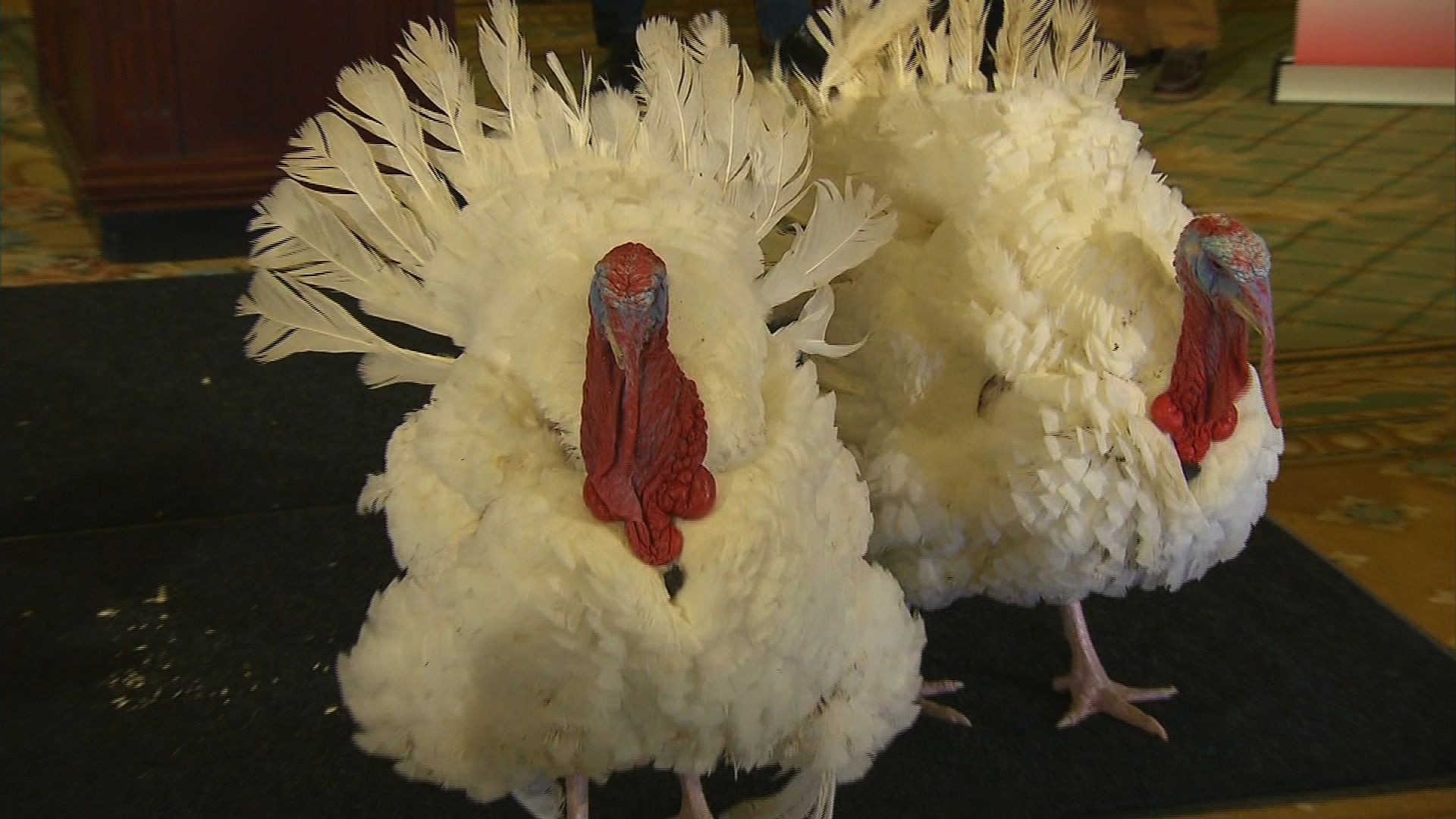 (CNN) — This Thanksgiving, a battle is brewing. A life-and-death contest orchestrated at the highest levels of power.

It’s not the latest from the Hunger Games franchise; it’s the Presidential Turkey pardon.

The quarter century-old tradition got another makeover this year with an expanded crowd-sourced, social media component: Last year, Facebook users got to decide which bird got the coveted presidential pardon by clicking “Like.” This year, they can still “Like,” but they can also regram the photo of their chosen bird on Instagram, or tweet a specific hashtag.

The birds, both toms, share a birth date, July 8, 2013. But the similarities end there.

Carmel has an understated gait; the White House calls it “steady and deliberate.” Popcorn patrols his pen with pride.

During the voting, which ended Tuesday night, many on Twitter expressed concern.

Fortunately, these fears were misplaced.

The result will determine only which bird takes the title of National Thanksgiving Turkey.

Both Carmel and Popcorn will live to gobble another day.

But before you break out the Beyonce to celebrate, the pardon only buys the turkey so much time. All the turkeys ever pardoned at the White House are dead, including the six President Barack Obama pardoned in previous years.

The winner of this year’s interactive contest will be announced by the White House Wednesday afternoon. But many users have already chimed in on the contest itself.

Some applauded the interactive format, while others couldn’t resist going for the jugular.

“You may not be able to sign up for health care online,” tweeted The New Yorker’s Caitlin Kelly, “but by god you can vote to spare a large bird,”