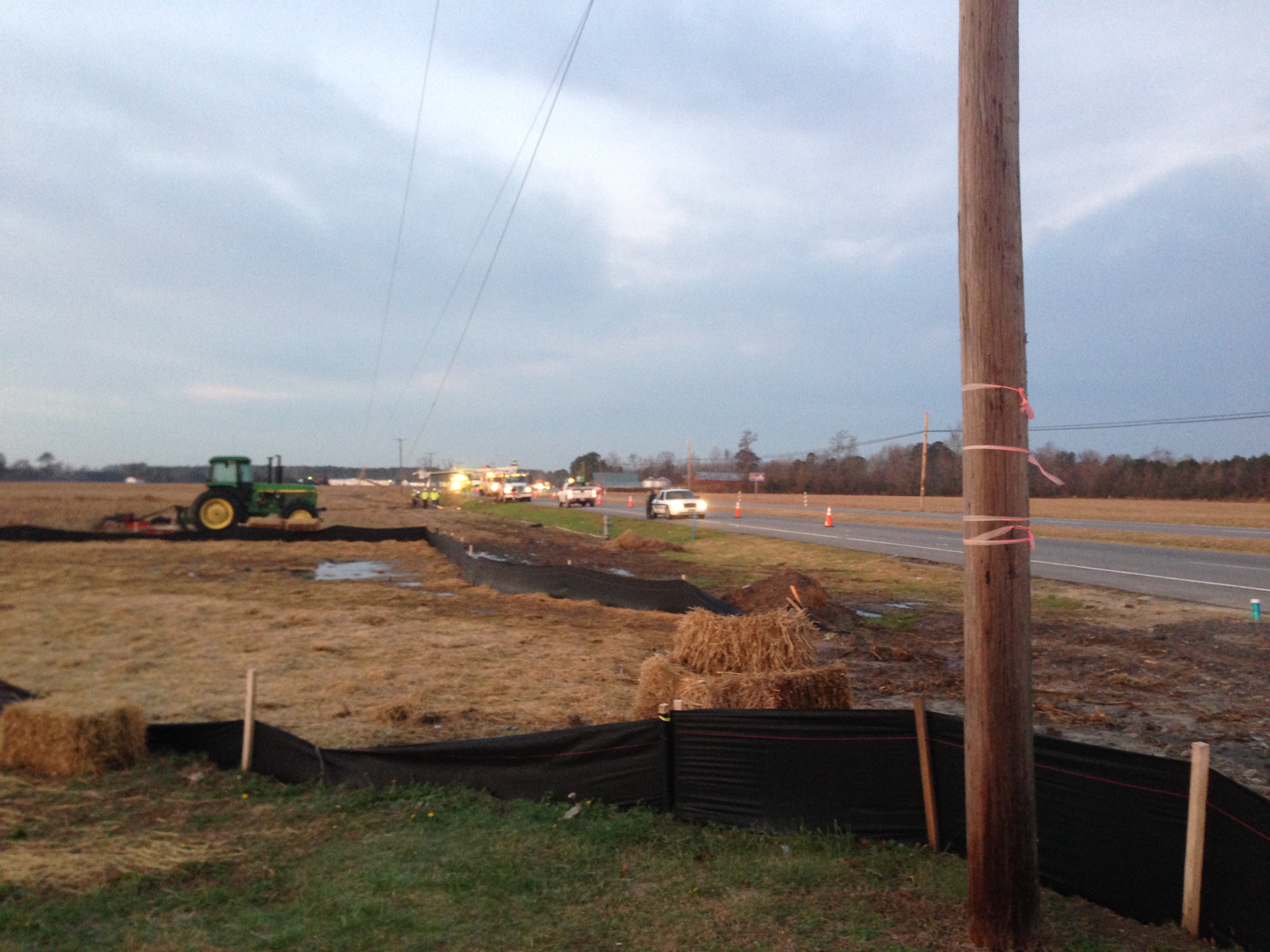 UPDATE: Power was restored to all customers by 8 a.m. on Tuesday, December 17, 2013, according to Dominion Virginia Power officials. The driver of the tractor trailer has been identified as 38-year-old Shawn Mebane of Reidsville, North Carolina. He has been charged with reckless driving.

Suffolk, Va. – A tractor trailer struck a power pole on Rt. 58 in Suffolk early this morning, knocking out power to about 100 homes and closing one lane of the road.

One lane of eastbound Holland Road/Route 58 from the Holland Bypass to Longstreet Lane is closed indefinitely.

Police say the accident in the 6000 block of eastbound Holland Road/Route 58 happened at 3:25 a.m.

Avoid delays with our traffic cams and interactive traffic map

The driver was not injured, however, the pole and power lines are currently down and Dominion Power is on the scene.  Power will be out for 4 to 5 hours.

The cause of the accident is under investigation.