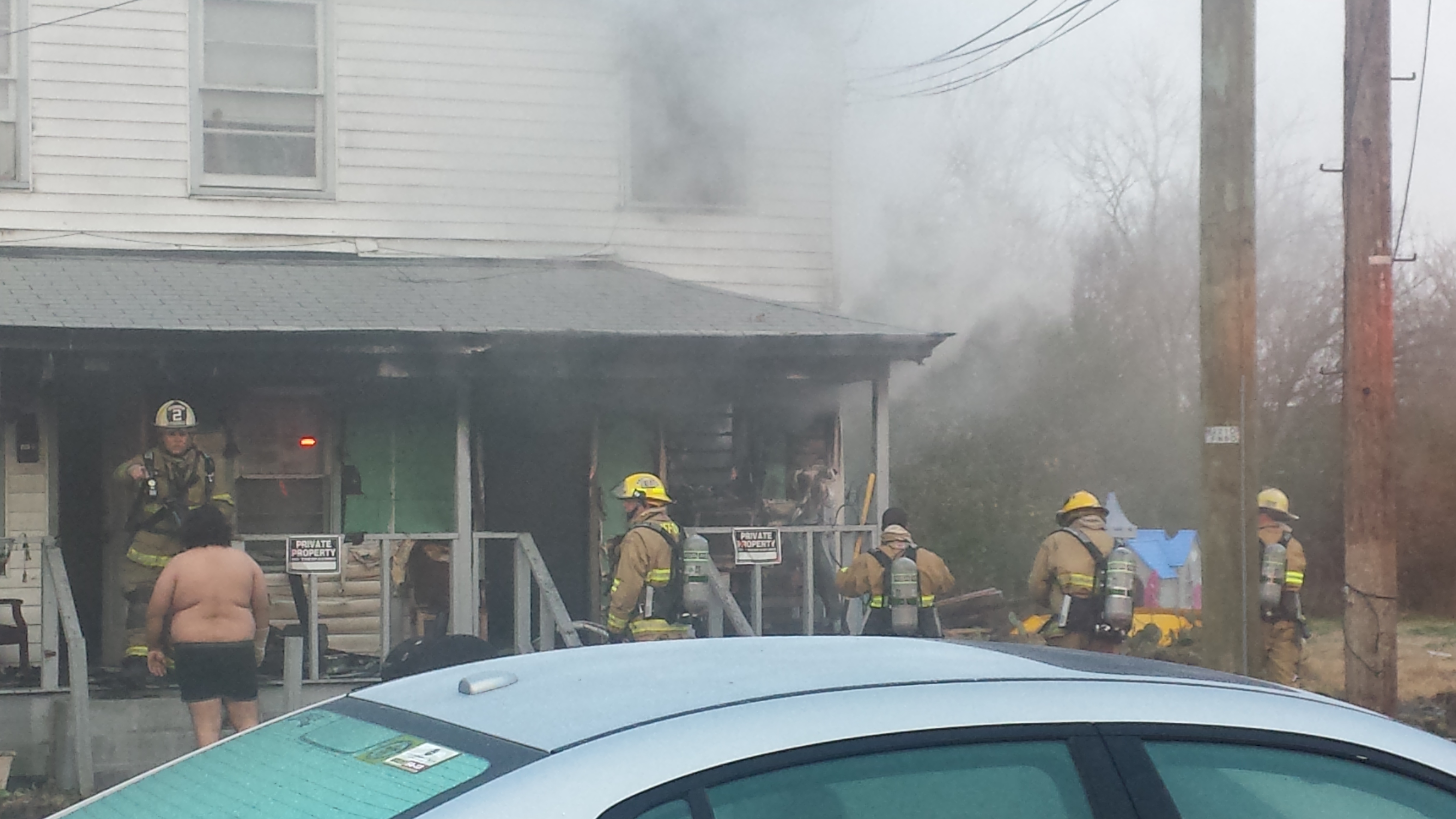 Suffolk, Va. – Suffolk Fire and Rescue crews and Suffolk Police responded to a house fire in the 200 block of Oak Street Wednesday morning.

Dispatchers received the call at 7:34 a.m. reporting smoke coming from the building.

Fire and Rescue personnel arrived on the scene at 7:36 a.m. and found heavy fire and smoke showing from the first floor and extending to the second floor.

The fire was declared under control at 7:55 a.m.

The occupants of all three apartments were able to escape unharmed prior to public safety personnel arriving.

All occupants of all three units were displaced. Those affected include a total of four adults and six children. The American Red Cross is assisting those displaced.

The cause of the fire is currently under investigation by the Suffolk Fire Marshal’s Office.