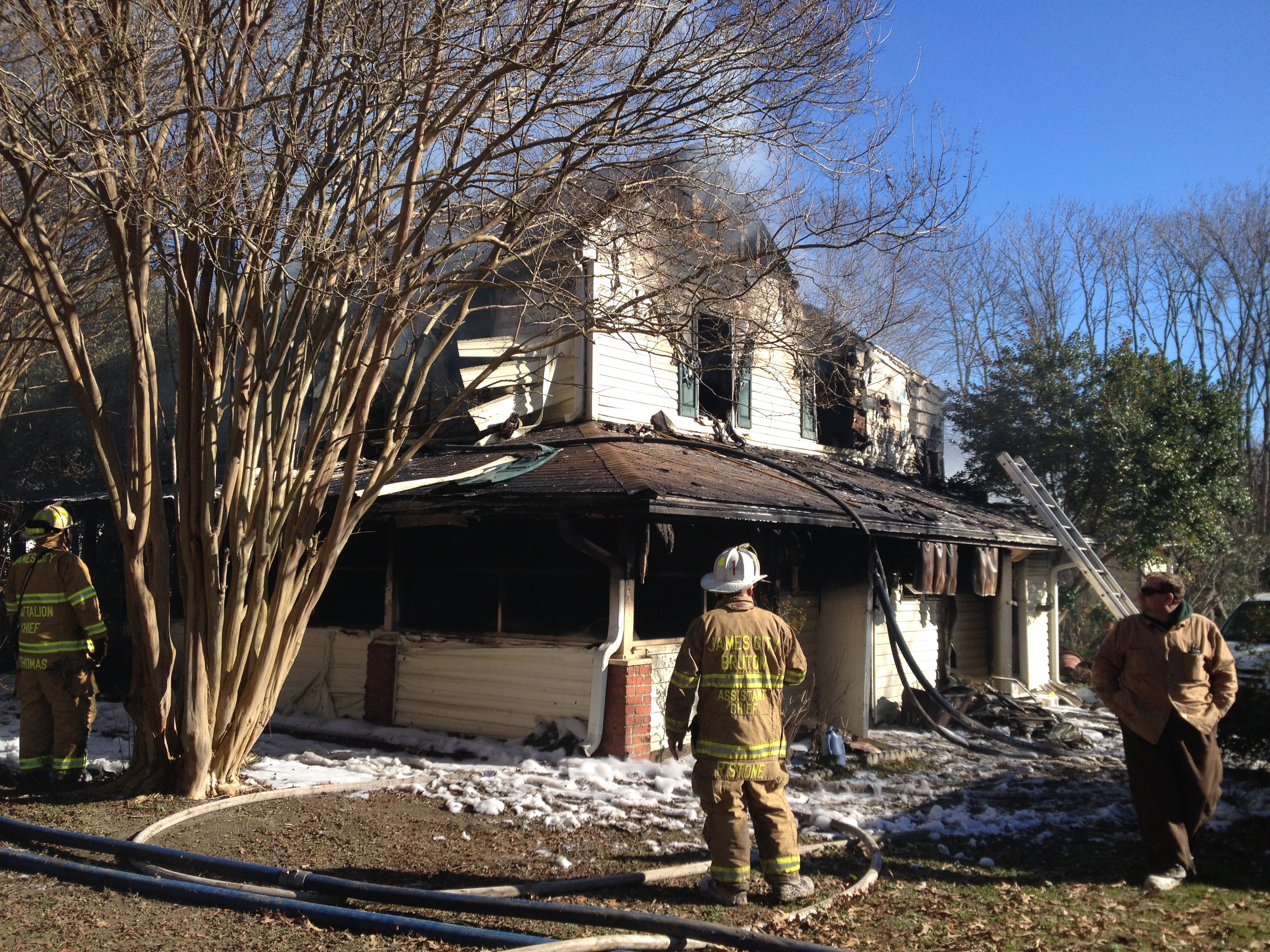 Thirteen Fire and EMS units of the James City-Bruton VFD, James City County and York County Fire Departments received a report of a structure fire in the 100 block of Maxton Lane at 9:25 a.m.

A police officer arrived on scene at 9:27 a.m. and reported heavy smoke and fire in the rear of the structure.

Fire units arrived at 9:30 a.m. and reported a large two story farmhouse with heavy fire blowing from the back of the building.

Crews began looking for victims and started to extinguish the fire but they had to withdraw until a secure water supply could be established from approximately 1,000 feet away at the intersection of Croaker Road and Maxton Lane.

Croaker Road was shut down for several hours due to the hydrant being located on the opposite side of the road from Maxton Lane.

Crews continued to search for the missing resident believed to be inside the home and the victim was located at 12:45 p.m.

The body is being sent to the Office of the Medical Examiner to determine the cause of death and verify the victim’s identity.

According to the JCC Fire Department, the farmhouse dates to 1900 and served as the Maxton family homestead for which Maxton Lane received its name. The age of the structure, believed to be of balloon construction, contributed to the difficulty in the extinguishment of the fire. The residence suffered heavy extensive fire, smoke and water damage.

Though the cause is still officially under investigation, the Fire Marshal tells NewsChannel 3 the female victim had moved the Christmas tree to take the ornaments off and part of the tree got into a propane heater.