Officer who shot, killed Donovon Lynch at Oceanfront acted in self-defense, no probable cause for charges
News

Man arrested after barricading himself inside Chesapeake home

Chesapeake Police are currently investigating a situation after a man barricaded himself inside a home following a reported domestic dispute.

The home is located in the 400 block of Seahorse Run, near Oscar Smith High School.

Police are saying the incident began as a domestic-related incident. They were called to the scene at 3:35 p.m.

The man inside the home reportedly threatened to kill several other people who were also inside. They managed to escape safely.

Negotiators and a SWAT team were called to the scene around 4:30 p.m. The man reportedly surrendered himself to police just before 5:00 p.m. 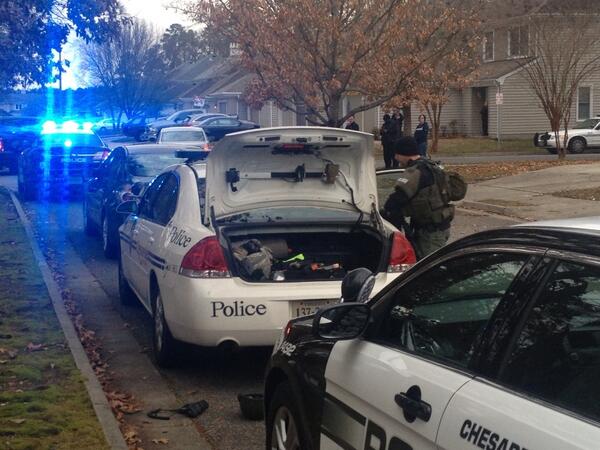