The York-Poquoson Sheriff’s Office is looking for several men who stole two bottles of alcohol from the ABC store located in the 200 block of Village Avenue on January 2nd at approximately 8:18 p.m.

The second suspect was described as being 19 to 21 years old, 5’10 to 5’11 tall and 160-170 pounds. He was wearing a blue hoodie, light blue jeans, and tan boots. Surveillance shows the subject conceal a 750ML bottle of New Amsterdam Berry Vodka in his pants.

If anyone recognizes the suspects or known anything about this crime or any other crime, we ask them to call the Crime Line at 1-888-LOCK-U-UP. 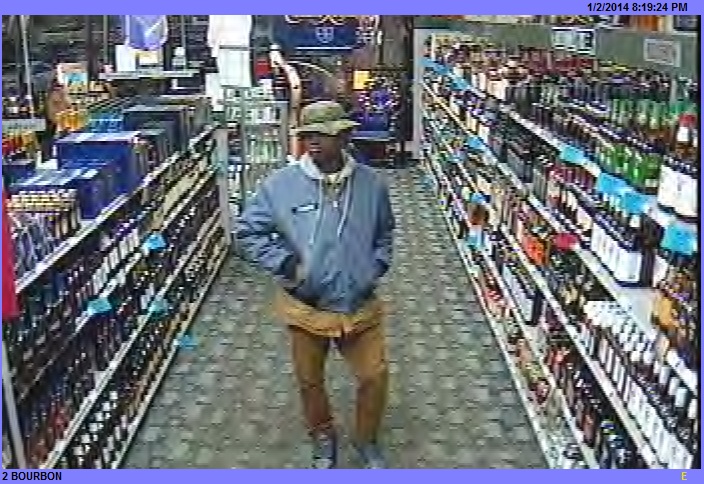