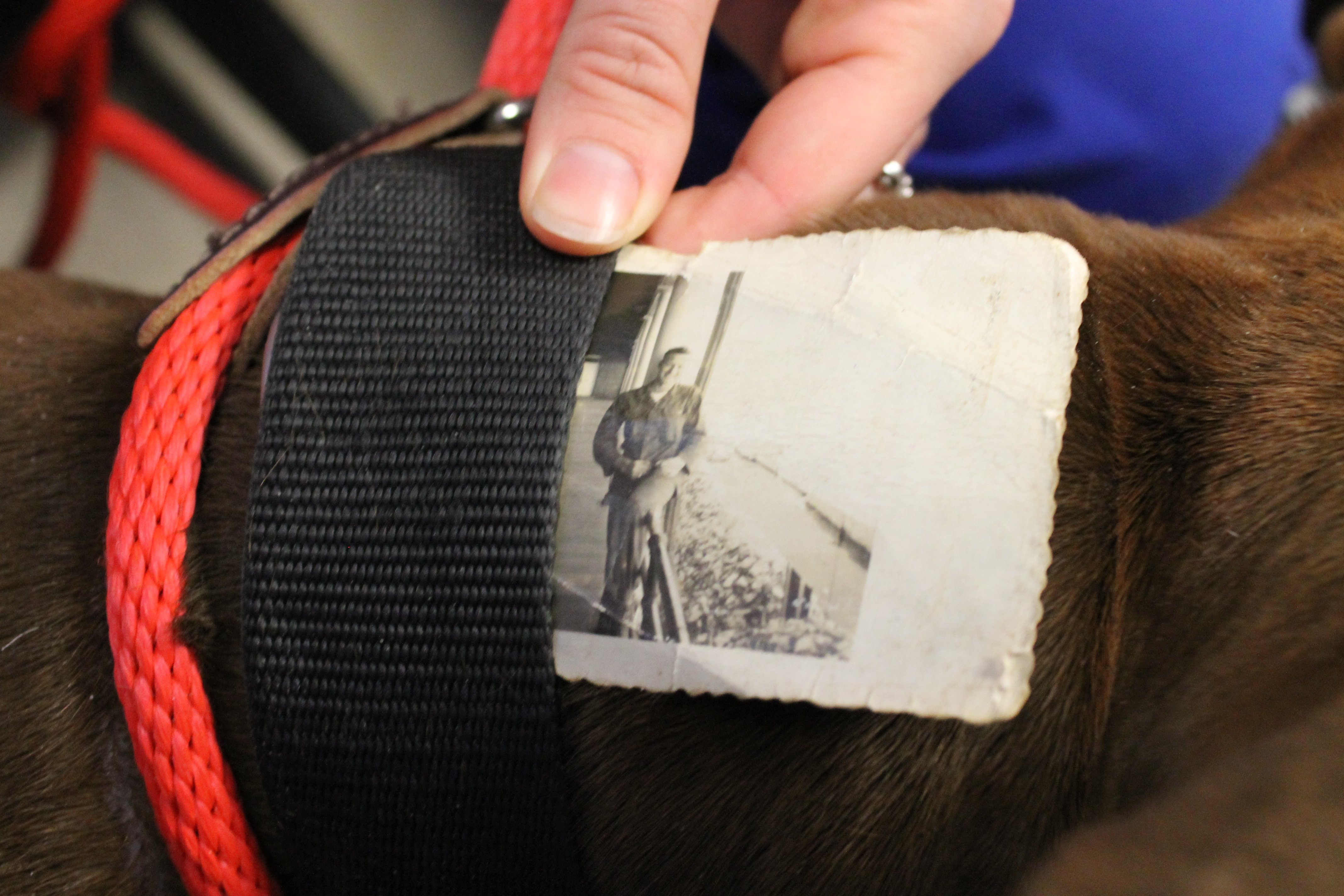 (CNN) — When animal control officers were called to a Greenville, South Carolina, neighborhood to pick up a wandering pit bull on a cold Monday in December, they didn’t expect a mystery to unfold.

But inside a fold of the dog’s collar, they found a wrinkled black-and-white photo. It had no name or date. A smiling man seated on a railing looks straight into the camera — but, beyond that, the photo offers no clues.

The friendly tan canine, now named Soldier because the man in the photo may be wearing a military uniform, was skinny but well-behaved, said Susan Bufano, community relations coordinator with Greenville County Animal Care. He was not neutered or microchipped.

Bufano said the collar itself isn’t old, which reduces the chances it was placed there long ago and forgotten.

“It’s so bizarre,” she said. “Absolutely anything is possible.”

After the photo was posted to the shelter’s Facebook page, a few people tried to offer clues about the photo, but nothing substantial has surfaced. Bufano hopes a wider exposure will lead them to the owner, or at least help solve the mystery.

“This photo should mean something to somebody,” Bufano said.

Even if the owner isn’t found, the dog is available for adoption. Because the shelter has limited space, it’s possible that Soldier could be euthanized if he isn’t adopted, Bufano said. Interest in Soldier makes that unlikely, she said Thursday.

This isn’t the first odd case the shelter has encountered. Years ago, Bufano said, a dog was found wandering the parking lot wearing a cape.

Anyone with information about Soldier is encouraged to contact Greenville County Animal Care at petpr@greenvillecounty.org.