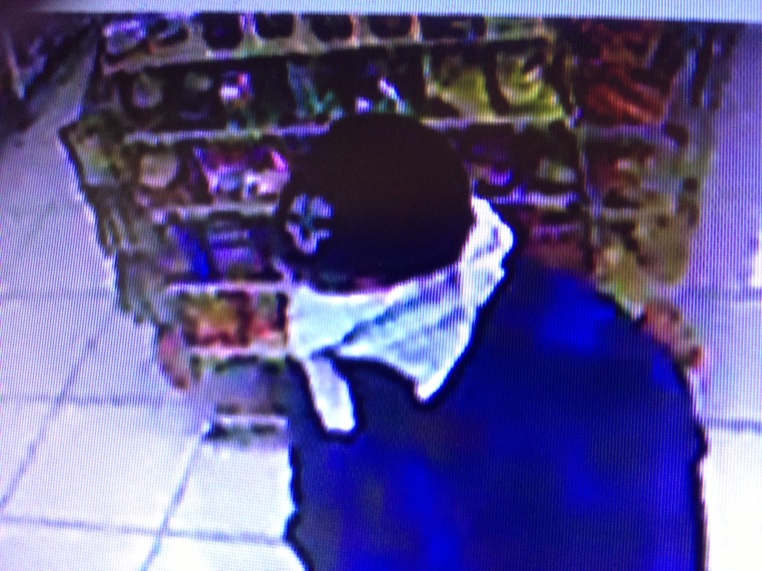 In both robberies, police say the suspect implied a weapon. Also, in both cases, a possible suspect vehicle with a loud exhaust was heard near the scene.

The vehicle is described as a deep blue late model Ford Mustang with partial VA tag of WRS or WR5, police say. The vehicle was last seen headed east on Bonney Road. The Mustang may have a black louver on the rear window and dark colored rims, possibly black or gray. The driver of the Mustang is only described as a white male.

The suspect is described as a white male possibly in his 20s, medium build, and average height. Police would like to point out the distinct “skull” in the suspect’s knit hat.

Anyone with information about this or any other crime is encouraged to call the Virginia Beach Crime Solvers Office at 1-888-LOCK-U-UP (562-5887). Callers remain anonymous and are eligible to receive a cash reward of up to $1,000 if their information leads to an arrest.