Family of 4 displaced after house fire in James City County 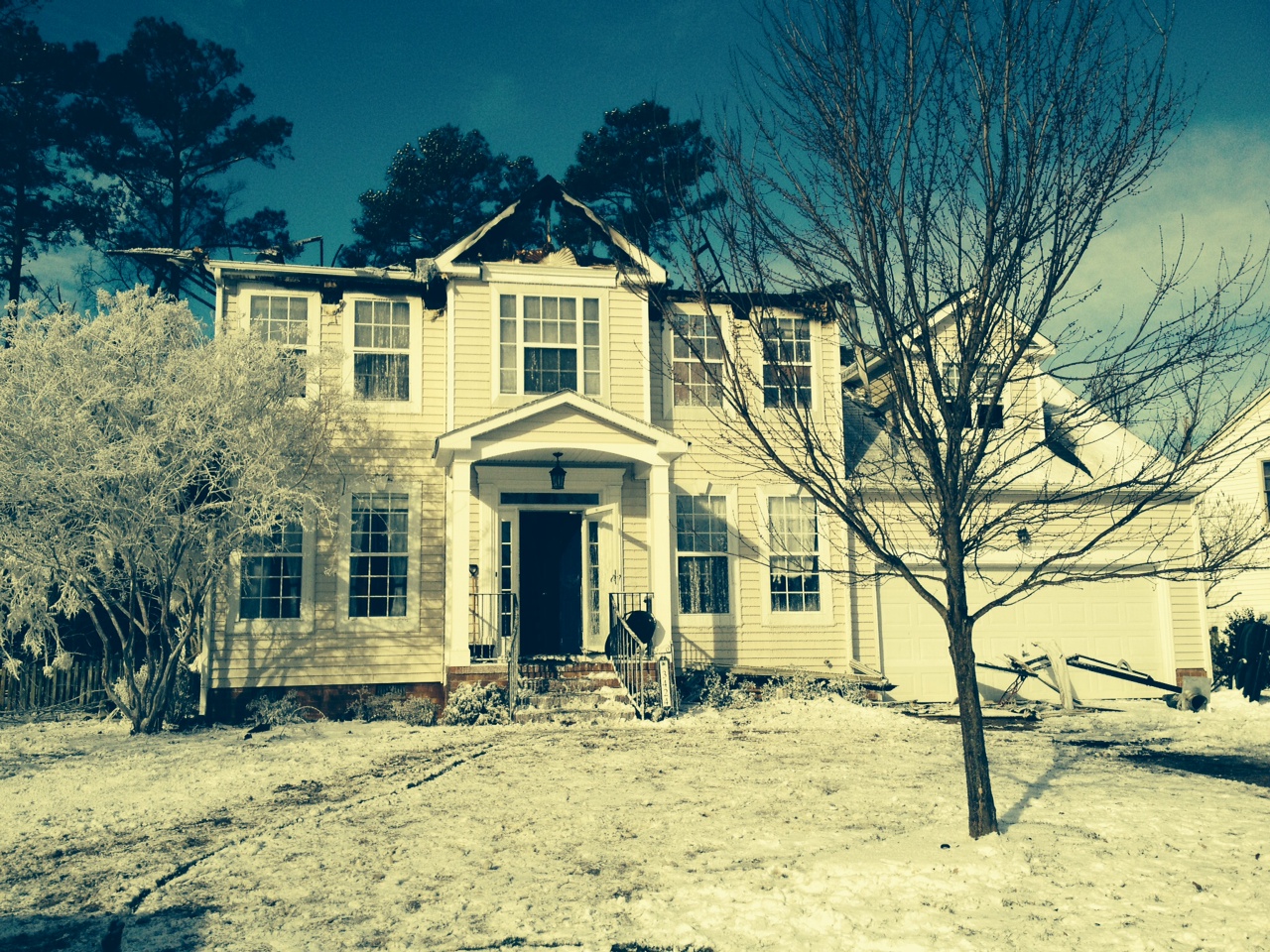 A family of four was displaced after a fire broke out in their James City County home early Wednesday morning.

Fourteen James City County Fire and EMS units were dispatched to reports of a chimney fire in the 3400 block of Fiddlers Ridge Parkway at 12:01 a.m.

The residents reported that the roof caught fire before crews arrived and the call was upgraded to a full structure fire.

The large two-story home had heavy fire showing from the roof when firefighters arrived. The structure received heavy damage to the roof and second floor. The first floor received significant water damage.

All occupants were outside the residence upon our arrival. They were placed inside a fire department vehicle to protect them from the snow and cold temperatures. Two dogs were removed from the first floor early in the operation and taken to the homeowners. There were no injuries.

The fire was marked under control at 1 a.m. Units remained on the scene to conductextensive salvage and overhaul operations. All units cleared the scene at 3:59 a.m.

The James City County Fire Marshal’s Office was on the scene to conduct an origin and cause investigation which has been determined as accidental.