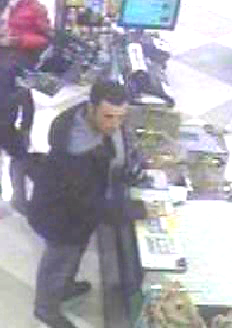 Newport News Police are looking for a man who used stolen credit cards to make purchases.

If you recognize this man or know anything about this case call Crime Line at 1-888-LOCK-U-UP.