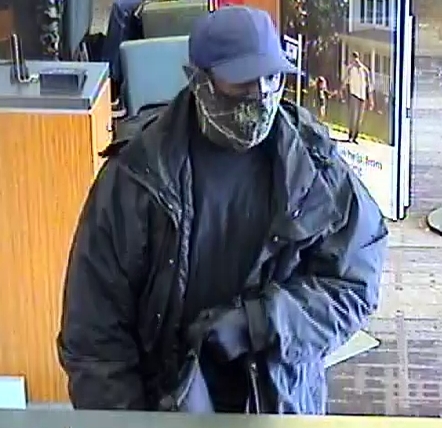 Virginia Beach, Va. – Police are looking for a man who they say robbed a bank on Thursday, police tell NewsChannel 3.

On Thursday, January 30, 2014, at approximately 3:50 p.m., police received a call for a bank robbery at the Bank of America located at 2061 Lynnhaven Parkway.

The caller stated a lone suspect entered the bank, brandished a handgun, and demanded money from the teller.

An undisclosed amount of money was handed to the suspect, police say.

The suspect fled the bank to an awaiting vehicle. The vehicle, which was later discovered to be stolen, was located a short distance away, police tell NewsChannel 3.

Robbery investigators believe that the same suspect may be responsible for similar cases in Virginia Beach as well as in other Hampton Roads cities.

Anyone with information regarding this crime is encouraged to call Virginia Beach Crime Solvers at 1-888-LOCK-U-UP (1-888-562-5887) or by submitting a tip by texting “VBTIP” and the information to CRIMES (274637). Callers remain anonymous and could be eligible for up to a $1,000 reward if their information leads to an arrest.