Mom makes Facebook page for lonely son, who winds up with one million new friends 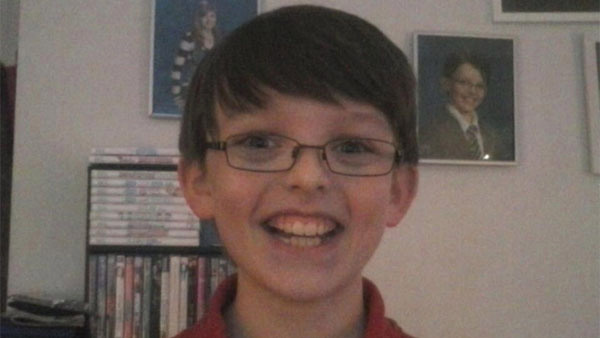 RICHLAND, Mich. — It’s quickly becoming one of those rare moments when social media accomplishes its original purpose — connecting the world — to absolute perfection.

And it all started in Richland, Mich., a town of under 1,000, when a mother asked her 10-year-old son what he wanted to do for his 11th birthday party on March 9.

The boy, who, as of Wednesday, had been identified only as Colin, suffers from Asperger’s syndrome and other health problems. When asked about his birthday, he told his mother there would be no point in organizing a party because he “has no friends.”

Soon thereafter, his mother started the “Happy Birthday Colin” Facebook page. As of 6:45 a.m. Wednesday morning, her son now has over 1 million friends.

Colin’s mother, who, as of Wednesday, had been identified only as Jennifer, started the page on February 2, and told WOOD-TV she was hoping to get about 50 responses from friends and family members.

The initial post on the page alone has been shared by over 14,000 of her son’s new friends.

“I created this page for my amazing, wonderful, challenging son who is about to turn 11 on March 9th,” Jennifer wrote in that first post. “Because of Colin’s disabilities, social skills are not easy for him. … He eats lunch alone in the office everyday because no one will let him sit with them, and rather than force someone to be unhappy with his presence, he sits alone in the office.

“So I thought, if I could create a page where people could send him positive thoughts and encouraging words, that would be better than any birthday party. Please join me in making my very original son feel special on his day.”

People have joined. In droves. Thousands from all over the world — many of them adults who grew up battling issues similar to Colin’s — have left notes of encouragement.

Some of the comments left on that initial post relayed stories similar to Colin’s, including a German woman named Ela Lapinski.

“Hi Colin, my son Nicholas who also has Asperger’s syndrome,” she wrote. “I remember crying when he had birthdays at primary school and only a few kids we had invited came. Then years later in high school, we started to invite other kids with Asperper’s whom Nick knew through a special program at school. I remember one mom crying when she picked up her son. He had never been invited to any party before either.

“Nick is 26 now. We were told in kindergarten that he might never be able to read or write. Today he has a full-time job in his field after finishing college last year, and he has more friends than we can count.”

A U.S. Marine named Russell Carlson from New York City, who just happens to share the same birthday as Colin, also chimed in.

“Hey there Colin, this is Russell Carlson, but all my friends call me Russ, so that means you can call me Russ too,” Carlson wrote. “I know what it’s like growing up a little different, and how mean kids can be. Keep that chin up with a big smile on your face and you’ll be okay.

“Also, now that we are good friends, that means the U.S. Marines have your back. We take care of our own. So if anyone bothers you, let them know you have some tough friends.”

Other posts weren’t as heart-melting. In fact, a lot were downright funny, including one from a guy named Mark Formanek and his dog Ralph.

“Hello there Colin,” Formanek wrote. “My buddy Ralph and I are a couple of Canadians living in Spain, so we don’t have many friends either. We were hoping that you would be our friend. What do ya say, Champ?”

Despite the fact that the secret appears to be out for most of the world, Jennifer said that as of Wednesday, Colin still didn’t know about the page. And she’d like to keep it that way — at least until March 9.

That doesn’t mean she hasn’t almost spoiled the secret herself.

“All this love and support has caused me to just cry in front of my computer,” Jennifer wrote on the Facebook page. “Colin keeps asking me, ‘Are you okay mom? What’s wrong?’ I’ve been telling him I’m watching sad videos.”

So if you see Colin, try to keep it under wraps.

And if you want to get more personal, Jennifer said she has also set up a PO Box for Colin’s new friends to send him letters. It’s listed below: