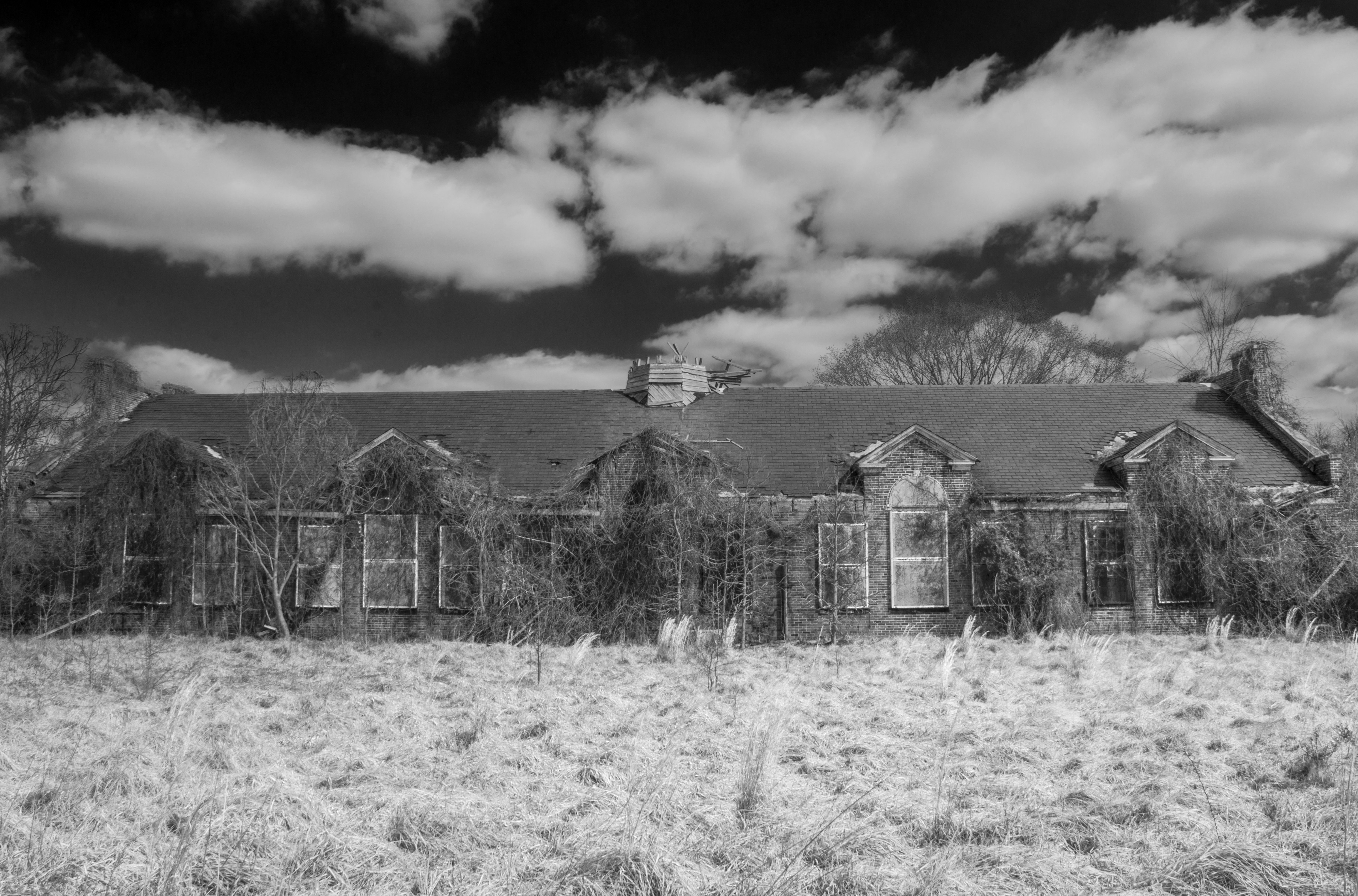 (CNN) – Ken Fager now calls himself an “urban explorer,” but years ago he was just a study-abroad student who missed his train in Butzbach, Germany, and decided to spend the next few hours walking through an abandoned factory by the station.

First, he walked around the edges of the partially demolished complex full of old farm equipment. Seeing no one around, he got the courage to run inside. That afternoon, he photographed everything he saw. It changed him.

“The thrill of adventure and rush of adrenaline flipped a creative switch in me,” said Fager, 30, who now lives in Charlotte, North Carolina, and operates the blog American Urbex: Exploring America’s Gritty History, a site devoted to the history of abandoned locations.

Online communities such as Reddit’s AbandonedPorn and Urbanexploration forums draw tens of thousands of contributors to share photos, maps and secrets about underground and abandoned locations from defunct factories to neglected homes. Tim Edensor, a professor at Manchester Metropolitan University in the United Kingdom, wrote in a recent scholarly paper that researchers’ interest in ruins has intensified over the past decade.

“We seem to be in the midst of a contemporary ‘Ruinenlust,’ which carries strange echoes of earlier obsessions with ruination and decay,” Edensor wrote.

Whether through societal disruption, financial crises or just neglect, the world is full of buildings lost to time and the elements. But what fuels the fascination with walking through desolate hallways of peeling paint and photographing the discarded personal effects of strangers? For Fager, it is about fulfilling a sense of adventure.

“Urban exploration is physically challenging, intellectually stimulating and pushes my creativity,” the IT freelancer said.

Fager is fully aware that the exploration of abandoned buildings comes with risks, from unstable structural problems to trespassing concerns. He has called off explorations that he thought would compromise his personal safety. Reddit’s urban exploration subcommunity advises explorers to “look but don’t touch,” “leave places as you found them” and “be safe,” among other responsible behaviors.

Even those who break in to derelict buildings “for generally benign purposes” can hurt efforts to preserve the properties if communities fear vandalism and dropping property values, said Timothy James Scarlett, associate professor and director of graduate studies in Industrial Heritage and Archaeology at Michigan Technological University.

“The local cops don’t know if the people breaking into a building are planning to ‘discover’ it or undertake illicit or dangerous activities there,” Scarlett said. “That practice of breaking in and visiting places exacerbates the fear in local communities.”

Urban explorers can also cause conflicts when documenting derelict properties in communities where people still live.

“In Detroit, this stuff drives people crazy because some people want to come from outside and take pictures that show Detroit as a vacuous empty wasteland when there are hundreds of thousands of people living in Detroit who are building their world. They find the photos reinforce stereotypes instead of being useful.”

Done ethically, however, urban exploration can be quite valuable to modern archaeologists and historians, Scarlett said.

For the past few years, Fager has been exploring buildings that have been pushed to the fringes of society. To the novice eye these buildings look lost, abandoned and neglected. But to him, these places are like museums in a way, just not curated or encased in glass.

“My favorite abandoned locations have a rich and documented history behind them, but these are few and far between. The majority of places I explore are more mundane, but that makes the pursuit of a prime abandoned location all the more enticing,” he said.

His explorations have taken him to cities such as Chicago, Cleveland and Milwaukee. For him, each location is unique, but how he finds these buildings in the first place is surprisingly banal. He combs through public records, reads news articles and scours Google Maps to find locations that pique his interest.

One of his favorites was the historic Schlitz Brewery in Milwaukee, built along the Milwaukee River in 1870 to house what would at one time become the largest producer of beer in the world. The brewery closed in 1982, and the seven-story building was demolished last fall to make way for a public square in a 46-acre business park. When Fager visited the building in October, half the structure was already torn down.

“It felt like part of Milwaukee’s soul had been ripped out,” he said. “The Schlitz Brewery was one of those exceptionally rare jewels of urban exploration due to its size, history and architectural beauty. You don’t get many opportunities to see a building like that up close.”

When he steps into an abandoned building, he looks at it critically. “I try to approach each location from an analytical perspective,” he said. He does this by asking himself a series of questions while walking through a new space.

“Why is this location abandoned? What did people do here? What do the items left behind tell me? How can I document this in an aesthetically pleasing way through photography?” Those questions taught him how to become a better explorer and student.

New Zealand-based designer Aaron Openshaw traveled past a rundown building in the town of Patea since he was a child and wondered about its fate.

Last year, an artistic impulse and a new camera inspired him to venture inside the derelict facility. When he stepped in, he noticed the building’s crimson and white paint was feathering on the walls inside, and there was abandoned industrial equipment scattered throughout the space.

“It was also an eerie experience for me exploring the building on my own, which added to the creative experience,” he said.

The 38-year-old architectural sales representative roamed the corridors of the factory for more than an hour, filling his camera with photos before he left. But on his ride home, he was brimming with questions. “I wanted to know the history. What happened and why was it abandoned?”

He went online and researched the space afterward, discovering that is was a facility that made and stored cheese, not a meat packing plant as he initially thought. He advises that those interested in photographing abandoned buildings should hold off on researching the history of a place until after the exploration because it adds to the mystery of the whole process.

“After exploring the building and then knowing its history, it creates a feeling of being connected to the place,” he said.

With New Zealand being a relatively new country, Openshaw hasn’t had the opportunity to find another building to explore just yet. Thinking back to the abandoned cheese storage factory, he says for him exploring abandoned buildings is evocative.

“At one point, these spaces were occupied by people, but in a different time,” he said. “I think that is the mystery of these places. They are like questions waiting for you to find answers.”

One of her memorable trips was to the Forest Haven hospital complex in Laurel, Maryland, founded in 1925 as a home for mentally disabled children and adults, and ordered shut down in 1991. Although it may seem like a cliche, derelict asylums are a common place to venture for urban explorers. Many of these facilities were abandoned in the U.S. after changes in psychiatric treatment and deregulation in the mental health industry started taking shape in the 1950s and ’60s.

“You can find medical records, children’s assignments, books and X-ray equipment inside as well as other things that were left,” she said. “It gives this hospital an extra creepy mood while walking through it.”

She always goes with another person or a group to an abandoned building if she has the itch to explore but steers away from places that explicitly say no trespassing. Depending on the location, she and her friends sometimes spend hours in a building. “Especially if it is somewhere like Forest Haven hospital, because there is so much stuff left in the buildings, you can spend forever looking through the rooms inside.”

Her approach to photographing abandoned buildings is to add a bit of whimsy, like wearing a pretty dress amongst the array of ruins, but she’s cognizant to leave things untouched and unaltered.

“Many abandoned buildings have been vandalized and lost their beauty due to people tearing them apart for ‘fun.’ I wouldn’t want to ruin the experience for another urban explorer, so I leave buildings the way I found them,” she said. “Urban explorers use the motto, ‘Take only pictures, leave only footprints.’ ”

By Jareen Imam. CNN’s Daphne Sashin and Margaret Blaha, special to CNN, contributed to this story.