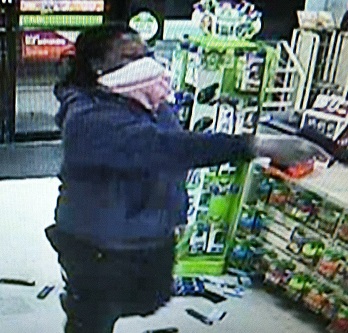 After the robbery, the women left the area in a newer black four-door vehicle.

The same two suspects then robbed the other 7-Eleven at gunpoint, again taking an undisclosed amount of money.

They also robbed a homeless man who was outside of the store.

This time, they were seen running north from the store.

Anyone with information is asked to call