Portsmouth, Va. - A fire broke out on the roof of the Naval Medical Center in Portsmouth on Wednesday evening. The building was evacuated as crews worked to put the fire out.

This building is for ambulatory outpatients.

Officials say the fire started on the roof near the 6th floor of the 18-story high high rise.

They say it was caused by an air compressor that was there for construction purposes. Right now crews are working to replace the roof and repair the exterior of the building under the American Recovery and Reinvestment Act contract with Blueridge General, Inc., of Norfolk.

No damage to the building has been reported.

Navy crews were assisted by fire crews in Portsmouth. The police were also on the scene to help secure the scene and to direct traffic. 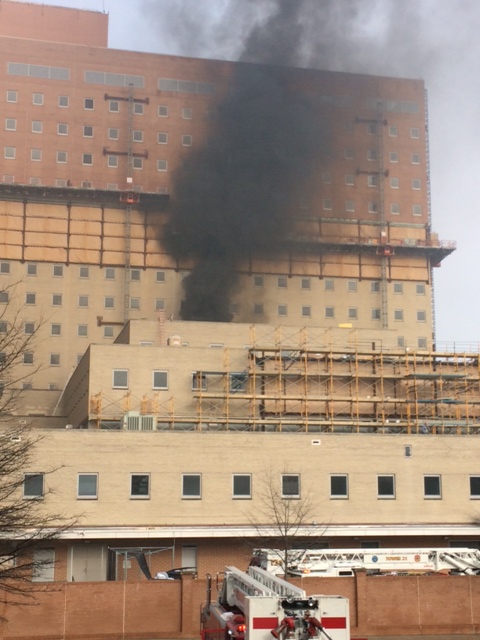