The front of the Chicago Transit Authority train moved beyond the end of the line and jammed onto an escalator beyond that, photos distributed to CNN affiliate WGN show. The first car came to rest about halfway up one of the escalator's handrails.

Train service was suspended between the airport and the Blue Line's Rosemont stop Monday morning because of the incident, WGN reported. 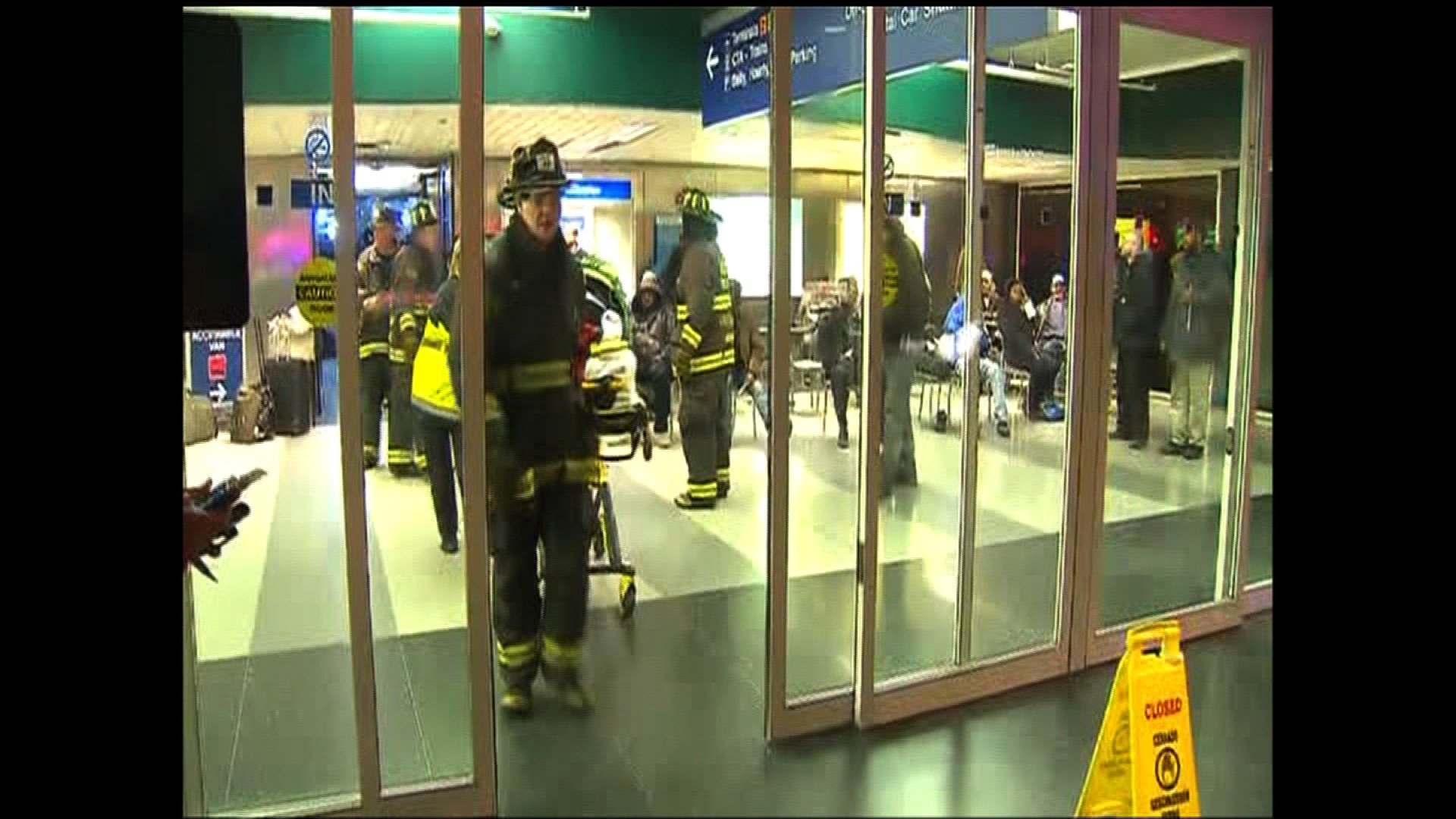