Dogs saved from streets of Sochi arrive in Washington for adoption 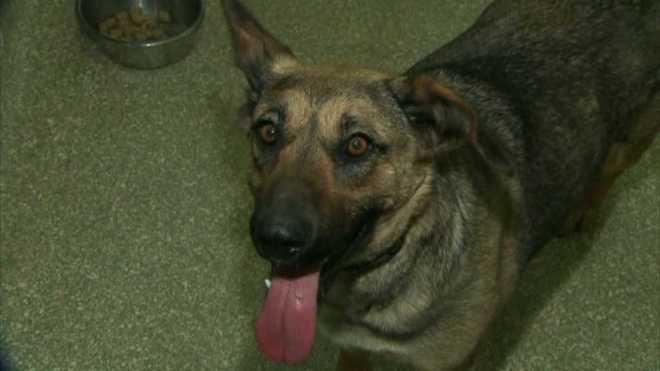 WASHINGTON — Ten lovable mutts rescued from the streets of Sochi, Russia, arrived in the United States for adoption Thursday, the result of an international outcry over the plight of stray dogs in the 2014 Winter Olympics host city, organizers said.

Sochi animal rescue organizations began bringing in dogs from the streets after reports that they were getting rounded up and poisoned circulated around the Games.

At the time, American skier Gus Kenworthy, an Olympic silver medalist, made headlines when he pledged to bring four street dogs back to the United States after the Games. Humane Society International worked both on Kenworthy’s project and bringing these 10 dogs to the United States.

“These 10 are representative of some of the dogs that have been removed from the streets and are now up for adoption in Sochi,” said Kelly O’Meara, director of HSI companion animals and engagement. “They’re the sweetest, most interactive, very friendly dogs, very adoptable that just happen to be unfortunate enough to be living on the street.”

The group worked with PovoDog Animal Shelter in Sochi and two other organizations to arrange vaccination, documentation and travel for the dogs, who then spent two days in transit.

“These dogs have had a tremendous journey. It’s been almost two days of travel for them. They went from Sochi to Moscow, had a long layover in Moscow, and then the flight to Dulles airport today,” O’Meara said. “And as you can tell, they have to be pretty chill to handle it like this. And they did. They all did remarkably well.”

The dogs will be housed for the time being in the Washington Animal Rescue League facilities in the nation’s capital. Bob Ramin, CEO of the animal league, said the next few days are all about comfort for the animals.

Each dog will get a medical evaluation. If all goes well, the dogs could be available for adoption within weeks.

“In the next couple of days, we’ll start socializing them, taking them out on walks with other dogs, and really just treating them like other dogs so they can have that socialization and feel safe,” Ramin said.

Organizers say that they expect a great deal of interest in these dogs because the public outcry before, during and after the Games. More dogs are expected to arrive in the United States for adoption in the coming days.