UPDATE: One woman, three children without a home after Norfolk fire 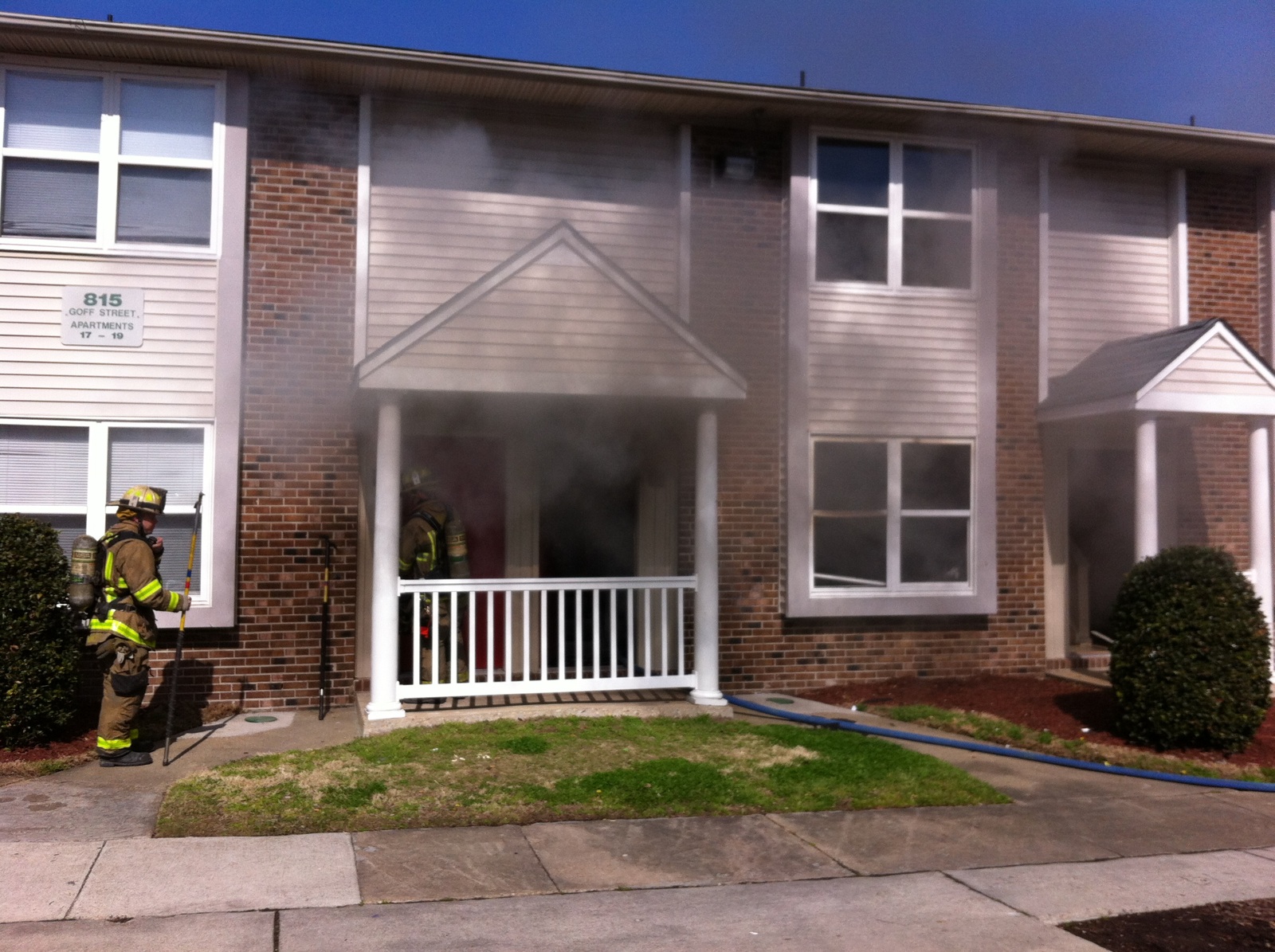 Norfolk, Va. – Four people are now without a home after a fire at a Norfolk apartment building, according to Battalion Chief Julian Williamson.

Norfolk Fire Rescue was dispatched to an apartment fire in the 800 block of Goff Street just around 10:20 a.m. on Tuesday, April 1. When fire crews arrived on scene at 10:24 a.m., they reported smoke and flames visible from a two story apartment building.

Firefighters advanced hoselines into the structure through the front door.

The main body of the fire was located on the first floor. Fire crews immediately searched both floors of the apartment as crews worked to extinguish the fire. Additional fire crews checked the adjacent apartments for any fire extension.

The fire was deemed under control at 10:40 a.m. No one was home at the time of the fire.

The apartment sustained smoke damage on both floors.

The apartment unit is uninhabitable at this time due to fire and smoke damage.

The apartment did not have working smoke alarms. The two adjoining units did not sustain any damage from the fire and will be reoccupied.

No one was injured as a result of this fire. One woman and her three children will be assisted by Red Cross. The fire is currently under investigation by the Norfolk Fire Marshal Office.