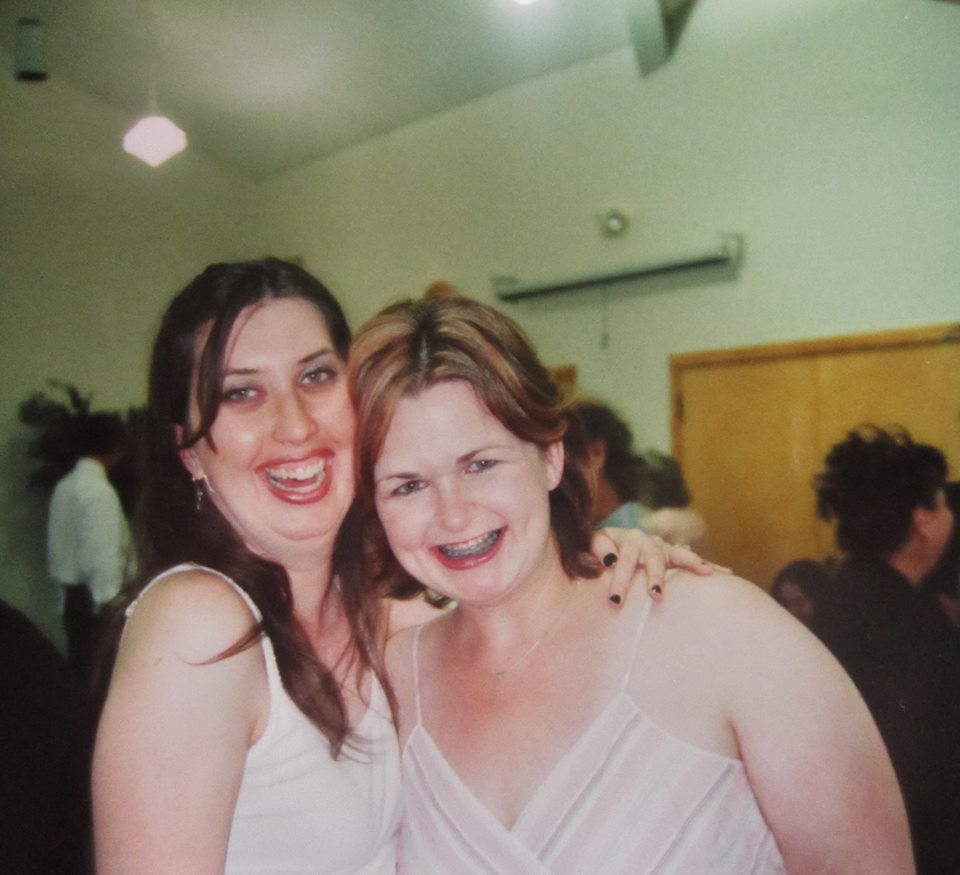 Cady Stanton used to find solace in the sweet taste of ice cream.

Growing up, she would sneak downstairs after her family had gone to sleep and numb her anxiety by digging into a half-gallon container. She would eat until she was sick, knowing this was something she had to do in secret.

As the oldest child of a struggling Jehovah’s Witness family, Stanton shouldered a lot of responsibilities at a young age. Her mother suffered from a number of health issues, and her father worked three jobs just to put food on the table.

The family’s financial struggles had a huge impact on Stanton’s diet. Nearly all Stanton’s family was overweight, as they had neither the resources nor the knowledge to prepare healthy meals regularly.

They ate a lot of ground beef, spaghetti and the occasional treat of a take-and-bake pizza. They would wait in line for government-issued cheese and foodstuffs like powdered eggs and milk.

“Healthy eating requires money and time, something financially stressed families have little of,” she said. “We ate what was quick and cheap and familiar.”

Stanton knew she was overweight in the first grade when she looked down and saw her feet swelling out of her Mary Janes. But it wasn’t until her freshman year of high school that she made the connection between what she was eating and her body size.

One day she found herself staring into the vending machine of the gym locker room. She was 5-feet-5-inches and 200 pounds.

“At that moment it finally struck me that what I ate made me overweight,” she said. “You’d think I would know that. I was an honors student.”

Stanton changed her diet and started exercising regularly. In two years she went from 200 to 150 pounds. But there was one change she was still unable to make: sneaking food at night to comfort herself.

Consuming large quantities of ice cream had a calming effect. She had no other way to cope with her anxiety, so she was unable to keep the weight off.

She married in 1996 and moved to Washington. She stopped running and her weight climbed. She grew depressed when she realized the church she had joined wasn’t as welcoming as the one in her hometown of Portland, which was her only social outlet as a child.

She stopped weighing herself when she hit 265 pounds.

In 2005, she divorced her husband and moved to Seattle to start rebuilding her life. She gave her car to a relative and started walking and biking everywhere, losing 50 pounds almost without effort.

That same year, she met Ryan Laundry. She was pursuing her degree in psychology at the University of Washington at the time and weighed 215 pounds. While Laundry was interested in pursuing a romantic relationship, Stanton wouldn’t allow herself to think that he could be in love with her.

“That’s part of being overweight,” she said. “The last thing you want to do is humiliate yourself by assuming someone likes you romantically.”

She moved to Pennsylvania to get a doctorate degree in Human Development and Family Studies, but she and Laundry reconnected when she returned to Seattle. They bonded over raising teenage boys: Stanton had adopted her son, David, in 2010, and Laundry was taking care of his teenage brother. It was as though they had never been apart.

This time Stanton was open to letting herself be loved by Laundry.

“You can’t live on someone else’s love; you have to be OK on your own,” she said. “But I needed that to start taking care of myself, to start filling up those holes on my own.”

Laundry told Stanton about how he had lost a lot of weight on a low-sugar diet and encouraged her to try it for herself.

But at 215 pounds, she figured it was about time she let go of her reliance on food to ease her anxiety. She eliminated pastries, fast food, ice cream and even fruit with high amounts of sugar from her diet. Instead, she started eating salmon, tofu and grapefruit, learning the difference between emotional hunger and physical hunger.

“About four to five days in, my sugar cravings dropped. After two weeks, I didn’t even care if there were cookies at work.”

In a little more than a year, by the time she and Laundry were married in June 2012, Stanton had gone from 215 pounds to 157 pounds. Today she weighs 142 pounds.

Stanton maintains this weight by enjoying limited amounts of foods she now considers “treats.” For breakfast, she has a protein shake made with cranberry juice and probiotics. She also stays active by walking two miles as part of her regular commute, and running or going to the gym on weekends.

Instead of sneaking ice cream at night, she now sets aside time for meditation in order to cope with stress. She doesn’t keep any of her old escapes in the house, not even low-sugar ice cream.

“When I was overweight, I think people judged me somehow as less competent and efficient,” she said. “Life is easier. The guilt and shame I felt sneaking ice cream at night is gone.”