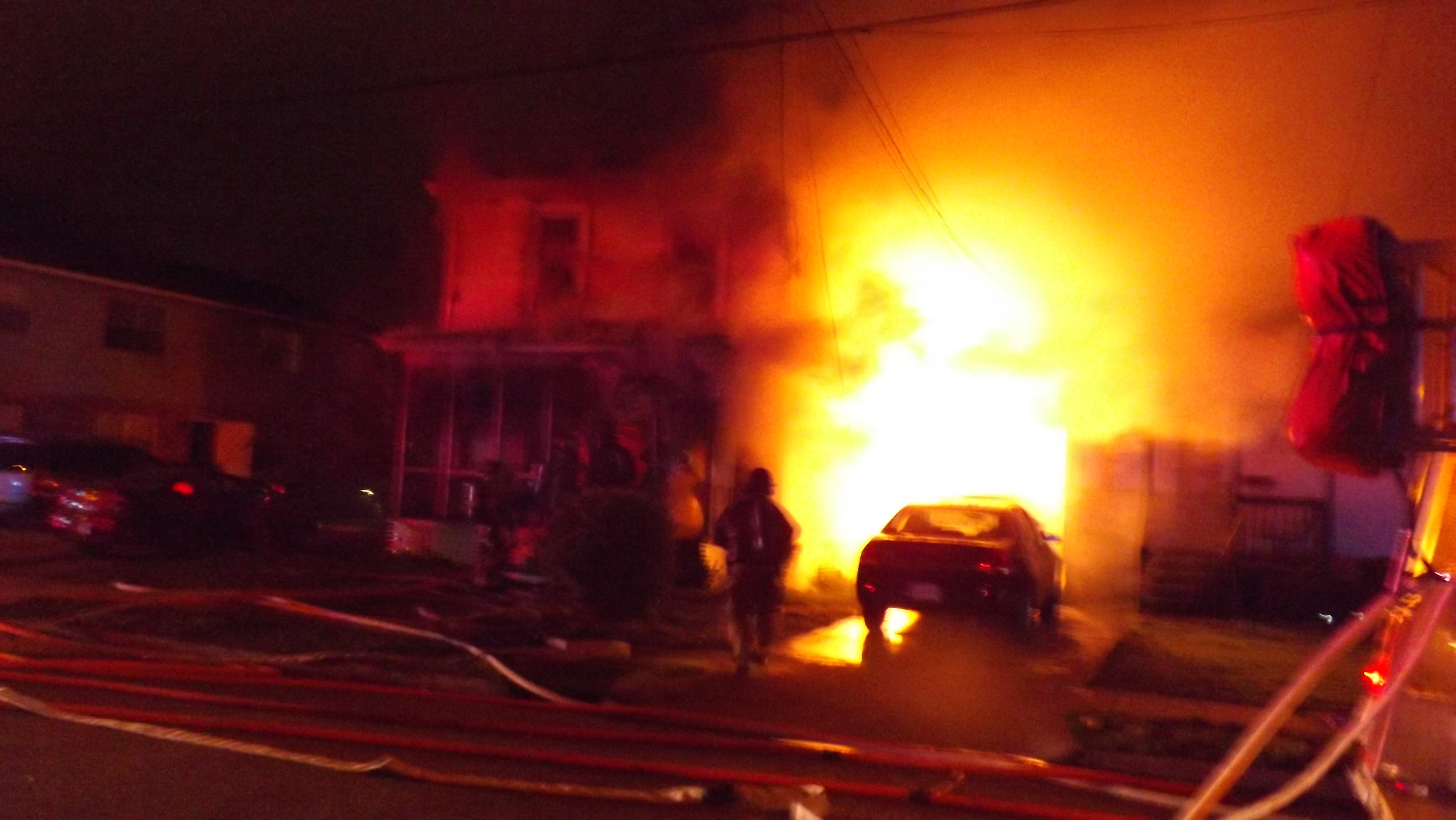 One adult woman was rescued from the first floor of the two-story residence and was ground transported to Sentara Obici Hospital with what are considered to be non-life threatening injuries.

A woman was also ground transported to Sentara Obici Hospital for treatment.

The home sustained heavy smoke and fire damage and the family, consisting of five adults and one child, are being assisted by the Red Cross.

A single story residence next door was also evacuated and the six residents will be staying with relatives.  Due to the intense heat of the flames that home experienced damage, and a car also was damaged.

A four-unit apartment building neighboring the two-story residence was also briefly evacuated, affecting an additional eight people.  Two units in the building were vacant.  They were permitted to return to their residences.

The cause of the fire is under investigation by the Fire Marshal’s Office.