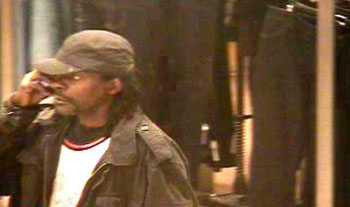 Newport News Police are looking for a man seen attempting to take clothing from Macy’s at 12300 Jefferson Avenue on April 5th.

Police say the man concealed six polo shirts under his jacket and attempted to leave the store without paying.

He was confronted by the Loss Prevention officer, who was able to retrieve the shirts, but the suspect was unable to be apprehended.

The man may be involved in other larcenies.

Anyone with information on the man’s identity should call the Crime Line at 1-888-LOCK-U-UP.