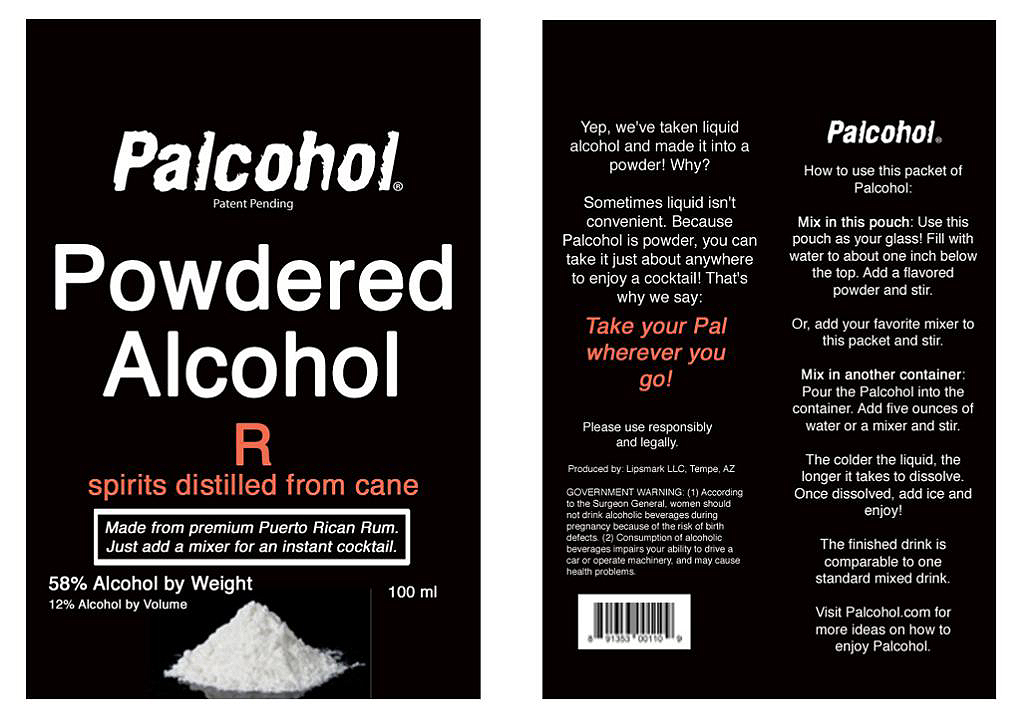 The Alcohol and Tobacco Tax and Trade Bureau approved Palcohol’s powdered vodka, rum, and other cocktails “in error,” Tom Hogue, the agency’s director of congressional and public affairs, said in an email. The agency has not responded to any further questions.

The company that makes Palcohol — Tempe, Ariz.-based Lipsmark LLC — said that “there seemed to be a discrepancy [about] how much powder” is in the packets, which are meant to be mixed with water.

Lipsmark said that it will resubmit the product for approval.

A package of Palcohol weighs just an ounce, making it much more portable than a bottle or flask of liquor. Critics argue that the product is potentially dangerous.

The Palcohol website originally suggested that consumers bring it into college football stadiums and concerts. It also proposed adding the powder to food, recommending combinations such as vodka and eggs.

Those posts have since been taken down, and the company claims it was simply experimenting with edgy marketing that was not meant to go public. “As Palcohol is a new product, we have yet to understand its potential of being added to food,” the firm said.

Even if the product is ultimately approved at the federal level, it will still be subject to state regulations and available only to anyone over the age of 21.

Palcohol hopes to become the first powdered booze in the United States, but it is not a new concept. Similar products are on the market in other countries, including Japan and the Netherlands.