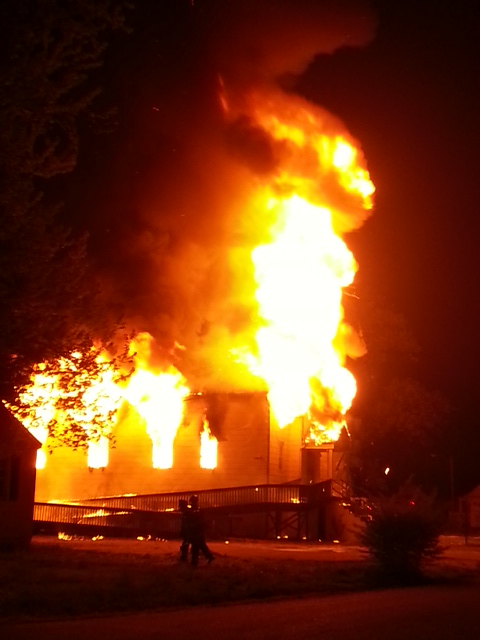 The was building was fully engulfed when crews arrived shortly before 5am.

Two additional engines were called to the scene to assist in fighting the massive blaze.

The roof of the building collapsed before the fire could be extinguished.

The incident commander deemed the fire to be under control at 5:26am, but fire crews remained on scene until late in the afternoon putting out hot spots.

The church building is considered to be a total loss and was condemned. At this time there are no available damage estimates.

Due to the extensive amount of damage investigators have not yet determined a cause.