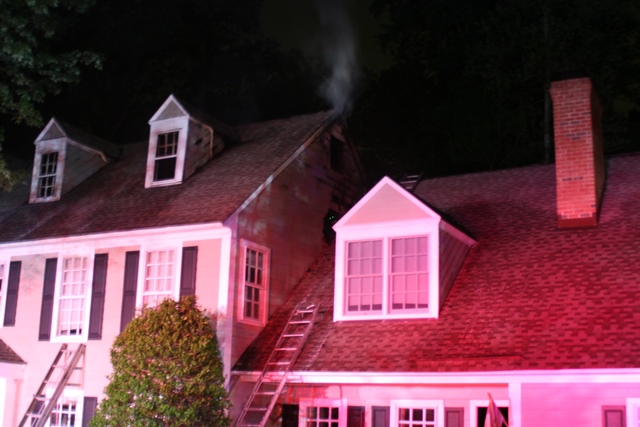 A fire is now under control in James City County, officials tell NewsChannel 3.

On May 6 at 2:59 a.m., 16 Fire and EMS units of the James City County and City of Williamsburg Fire Departments responded to the report of a structure fire in Kingsmill on Hampton Key in James City County.

Units reported a 3,800 square foot, two story residential home with heavy fire showing from the gable end of the attic over the garage.

The Engine crew entered through the front door and proceeded to the second floor and encountered no heat and good visibility upon entry, officials say.

Crews entered through the attic and encountered heavy heat, fire, and smoke in the attic space. The fire in the attic was quickly brought under control.

The incident was deemed under control at 3:30 a.m. The remaining time on scene was spent searching for and extinguishing hidden fires and conducting salvage and overhaul.

There were no firefighter injuries and no damage to equipment.

The James City County Fire Marshal’s Office was on the scene to conduct an origin and cause investigation which is still under investigation at this time.