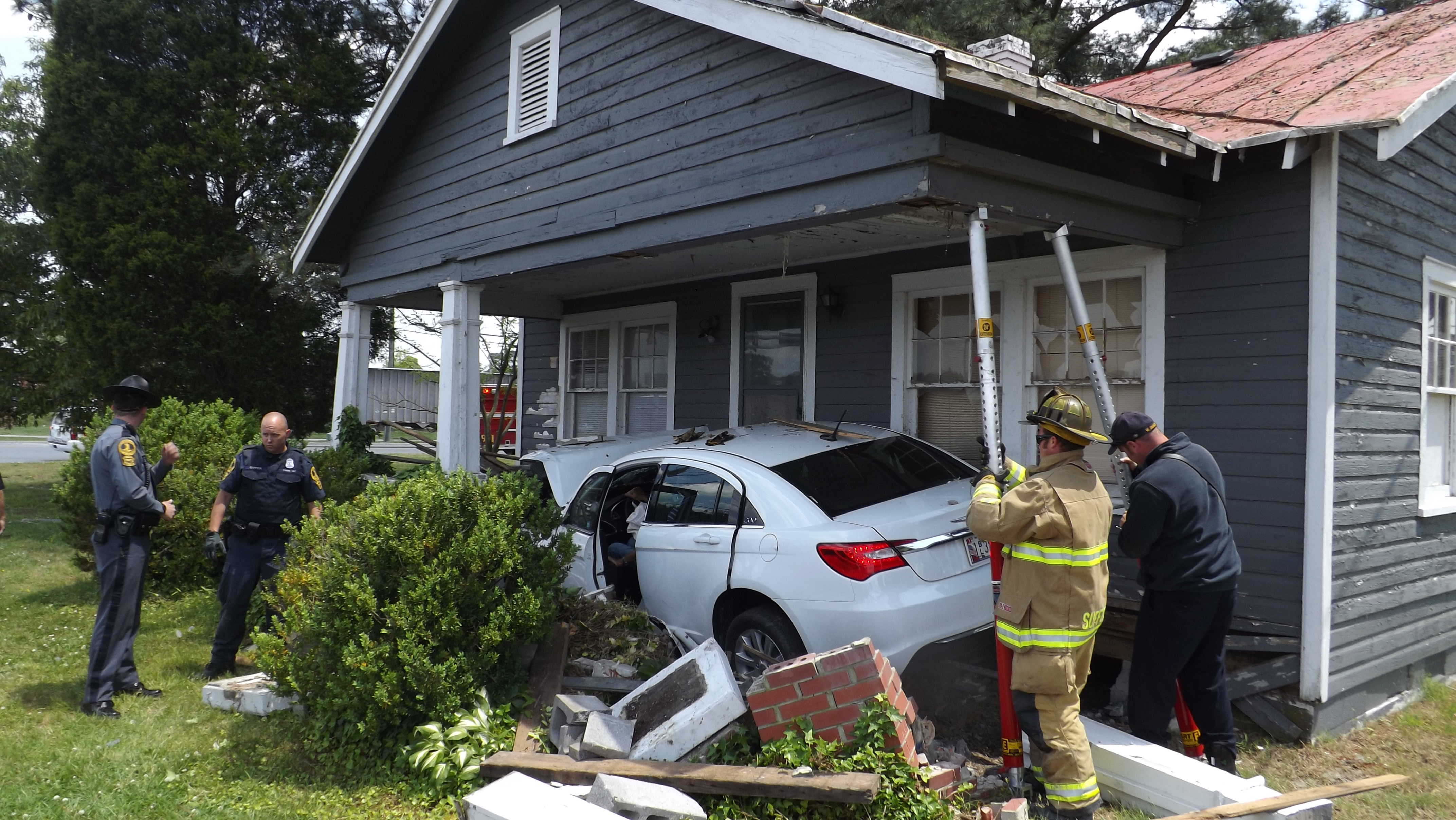 Suffolk Police and Suffolk Fire & Rescue responded to a home in the 2400 block of Holland Road/Rt. 58 around 1:35 p.m. Tuesday when a vehicle ran off the roadway and struck a house.

The 66-year-old male driver of the vehicle was unable to open the door of the Chrysler 4-door sedan after he hit the house. He was assisted by rescue personnel.

The preliminary investigation reveals that he hit was driving eastbound when he ran off the road and hit the porch and front of the house, causing significant structural damage.

No one inside the home was injured.

The driver was transported to Sentara Norfolk General with non-life threatening injuries.