UPDATE: Jason Smith was sentenced to 40 years in prison on Wednesday, April 29th, 2015. Twenty of the years will be suspended, leaving Smith with 20 years to serve.

Virginia Beach, Va. - A suspect is in custody after carjacking a woman at knifepoint in Virginia Beach on Thursday.

The suspect is identified as 34-year-old Jason Thomas Smith of Virginia Beach. He has been charged with Robbery, Carjacking, Malicious Wounding, Felony Eluding and Felony Hit and Run. He is currently being held in the Virginia Beach Correctional Center without bond.

It happened in the 600 block of 22nd Street when a woman was pulled from her car at knifepoint and assaulted. The suspect then took off with her car.

She was taken to the hospital with non-life threatening injuries.

The vehicle was spotted going westbound on I-264. It then exited onto Independence heading northbound.

The suspect vehicle hit another car at Market and Virginia Beach Blvd.  One person was injured and taken to the hospital with non-life threatening injuries.

Police tried to stop the suspect again when the police car was hit and crashed at Park Place and Virginia Beach Blvd. in front of P.F. Changs.

The suspect  vehicle also  went into the parking lot of Columbus Village East near Virginia Beach Blvd. and hit a second unoccupied vehicle. He crossed over to the eastbound lanes and into the median. He jumped out of the car and ran.

The suspect was apprehended  in front of Princess Anne High School.

Michael, a witness who was having lunch outside of the restaurant, says he saw the car coming toward the business and described the whole experience as "pretty scary." He says he was about two tables away from where it all happened.

"It was hard to know just what was going on," he says. "I just looked at my wife. We just made sure we were both OK and I just hopped the fence to check on the police officer to make sure he was OK, which fortunately he was." 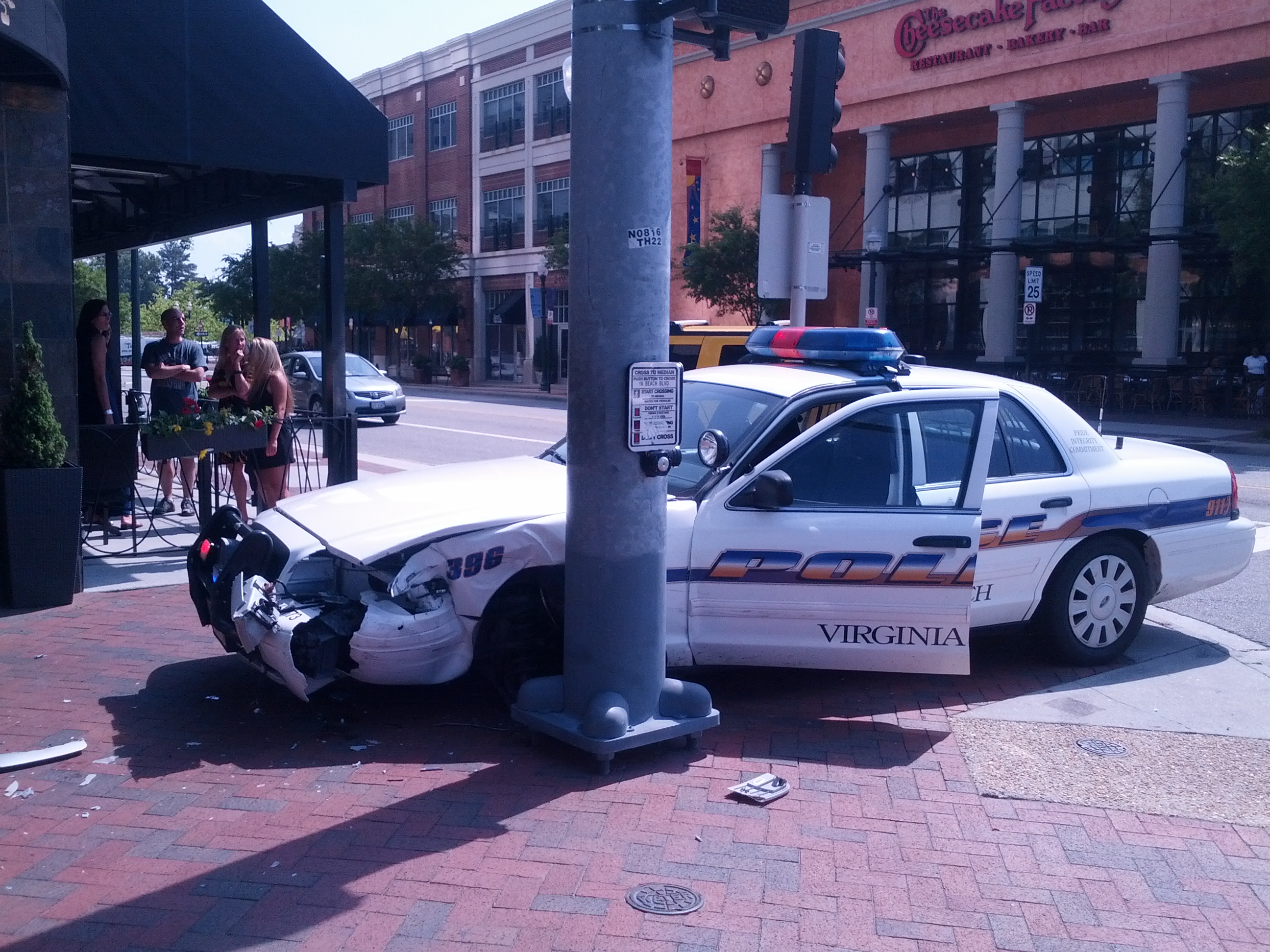