Newport News Police are investigating a bank robbery that occurred Tuesday morning around 9:30 a.m. at the Virginia Educators Credit Union in the 800 block of Main Street.

Police say a black male suspect entered the bank and presented a note demanding money. He also implied that he had a weapon.

The man is described as a black male wearing a red hat, blue and white shirt and blue jeans.  He also had facial hair described as “scruffy”.

He was last seen heading toward Hampton on foot. 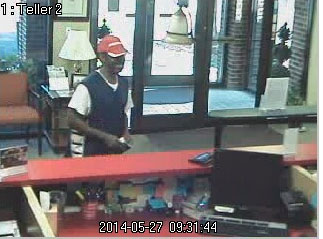