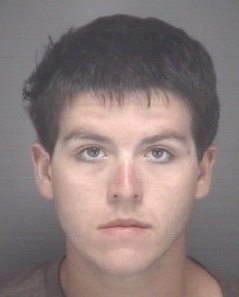 On May 26, 2014, a Dare County Sheriff’s Deputy was on patrol in the Avon area of Hatteras Island and conducted a traffic stop of a vehicle for an equipment violation.

During the stop, the deputy became suspicious of the occupants and requested assistance from another deputy and his K-9 partner, “Jilly”.

Upon deployment of the K-9, probable cause for a search was developed, and a search of the vehicle ensued.

As a result, deputies recovered a trafficking amount of heroin caps in the cargo area of the vehicle as well as a quantity of marijuana.

The occupants of the vehicle were arrested and charged.

Williams has been committed to the Dare County Detention Center in lieu of $250,000 bond.

Deputies also arrested 18-year-old Matthew Burgess Hooper of Salvo. He faces the same charges as Williams, and is also in the custody of the Dare County Detention Center in lieu of $250,000 bond.