New treatment can plug gunshot wounds in seconds, may save lives on the battlefield

(CNN) – You can find many things in Williams-Sonoma, the kitchenware retailer.

At least, that’s what RevMedx found.

The U.S. military had asked the medical technology company to come up with a solution for stopping gunshot and shrapnel wounds from bleeding out. The working idea was a medical version of Fix-a-Flat, the foam you squirt in punctured tires to plug up a hole. (Perhaps the military had been browsing at Pep Boys.)

Instead, it was a sponge that solved the problem, says Andrew Barofsky, RevMedx’s CEO.

“One of the co-founders of the company, Dr. Ken Gregory, was shopping at a Williams-Sonoma and discovered this kitchen sponge that was dried and compressed. You’d bring it home, splash water under it, and it would pop up into a normal-sized kitchen sponge,” he recalls.

“That was kind of a lightbulb moment.” 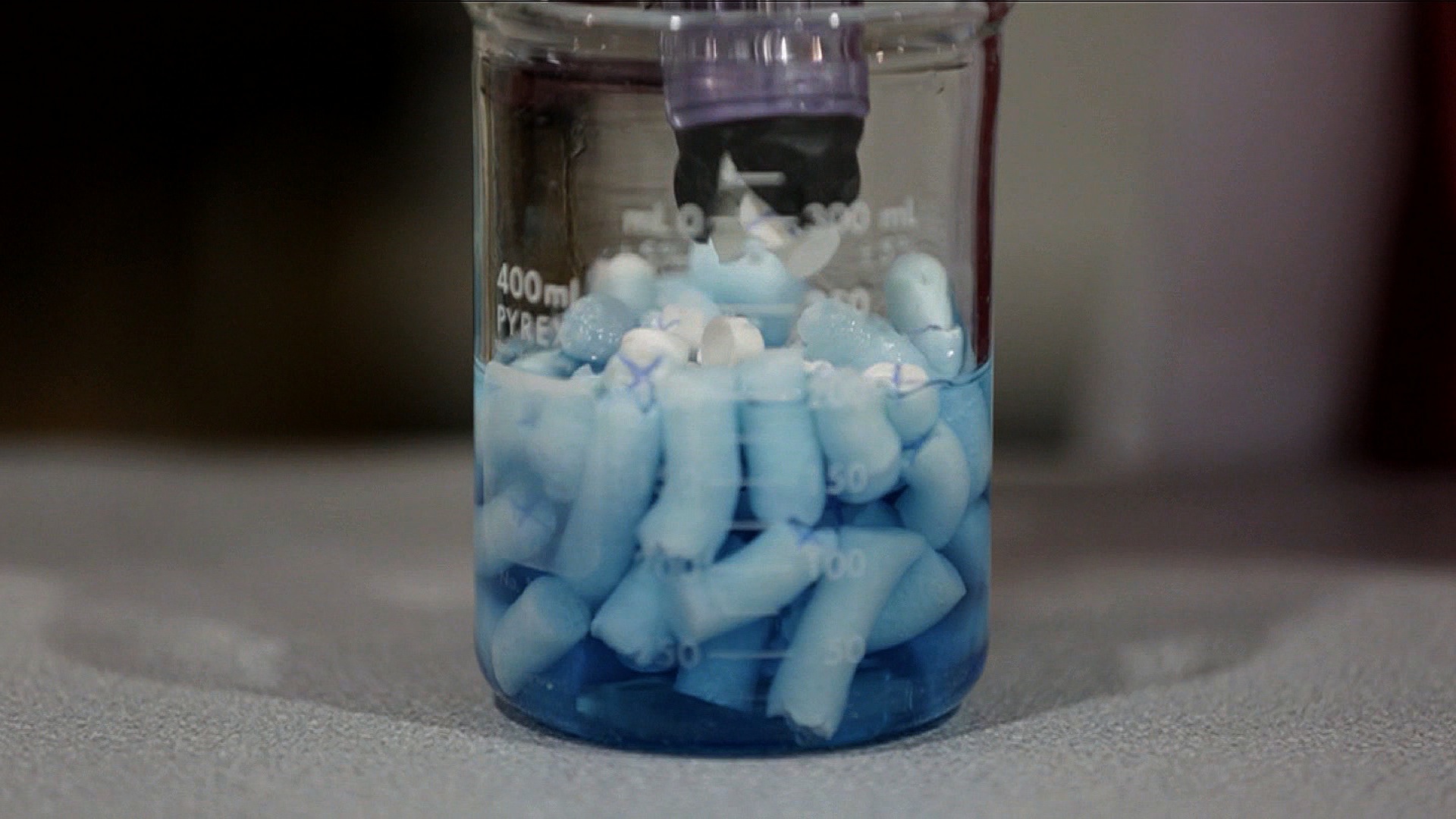 Through a series of iterations, the concept was turned into XStat, a dose of tiny sponge-like discs that are injected into an open wound with a syringe. The sponges, which have been treated with an anti-hemorrhagic substance, expand to 10 times their size in seconds, both plugging the wound and providing needed compression to stanch the bleeding.

It could be a revolutionary battlefield tool, says John Steinbaugh, a former Special Forces medic and the company’s director of strategic development.

In battle, life is measured in blood, and the standard method of plugging wounds — packing them with gauze or tampons and then applying direct pressure for several minutes — can take several minutes too long, he says. Bleeding out is a major cause of fatalities.

“Three to five minutes can mean the difference between life and death,” he says.

Medics were looking for something that “you fire and forget,” he says. “You put it in and the bleeding instantly stops.”

XStat received FDA approval in April, and RevMedx is now ready to get it into the hands of medics, says Barofsky. He expects to provide a limited quantity of XStats to the U.S. military in 2014, with the hopes of expanding the market to other clients — such as paramedics and law enforcement officers — in the future.

Steinbaugh, who spent 25 years in the military, believes the XStat can be, literally, a life saver.

“Every drop of blood on the battlefield is precious,” he says. “The faster you can stop the bleeding, the higher the probability you can save a guy’s life.”

And you thought sponges were just for washing dishes.