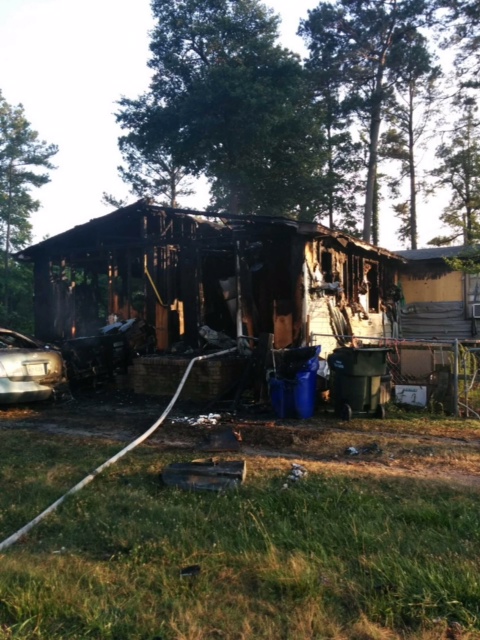 Suffolk, Va. – Suffolk Fire & Rescue and the Suffolk Police Department responded Sunday evening to a house fire which claimed the lives of several pets, according to police.

Emergency Communications received the call at 6:03 p.m. Units were on scene at 6:10 p.m.

It happened in the 200 block of Collins Road in the rural Whaleyville borough of Suffolk.

The front and right side of the single story modular home were fully involved with flames coming through the roof and windows when firefighters arrived on scene.

Crews were able to aggressively attack the fire to limit the extent of damage to the home, officials say.

The occupants, including five adult roommates, were displaced as a result of the fire and are being assisted by family and friends.

Four cats, one dog, and three snakes perished in the fire.

A vehicle which was parked next to the home also sustained heavy damage.

The fire started in the kitchen and was ruled accidental.