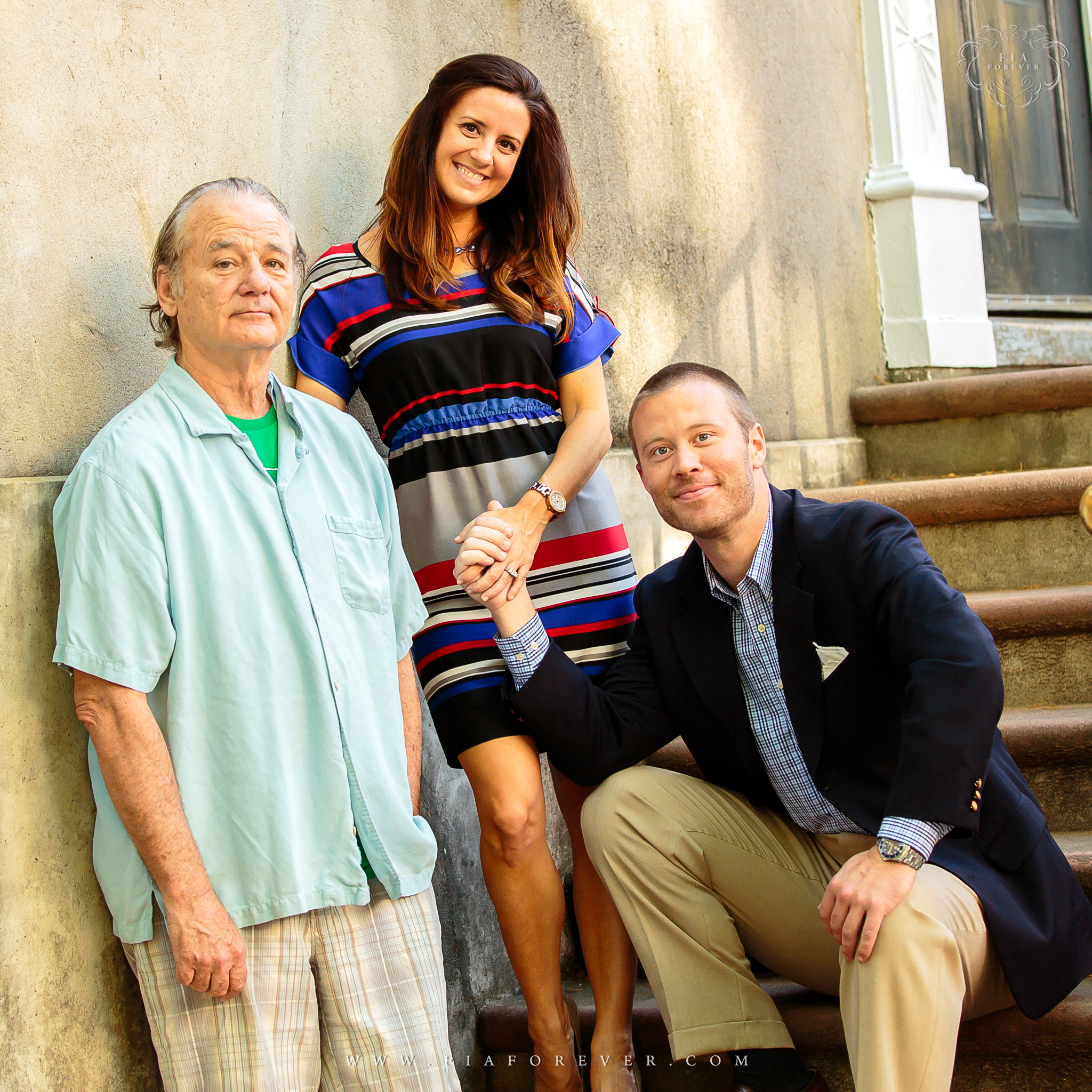 CHARLESTON, South Carolina – A happy couple had a surprise guest while having their engagement photos taken around downtown Charleston Wednesday.

Bill Murray crashed their shoot and wound up posing for a photo.

According to Fia Forever Wedding Photography, Ashley Donald and Erik Rogers were posing for one of their photos when they look distracted.

The photographer turned around, and there was Bill Murray.

“I turn around and I see Mr. Murray standing there with his shirt pulled up and belly proudly on display which he is patting pretty loudly in an attempt to make the couple laugh,” the photographer wrote on Fia Forever’s website.

The photographer invited the star to appear in one of the photos, and Murray agreed.