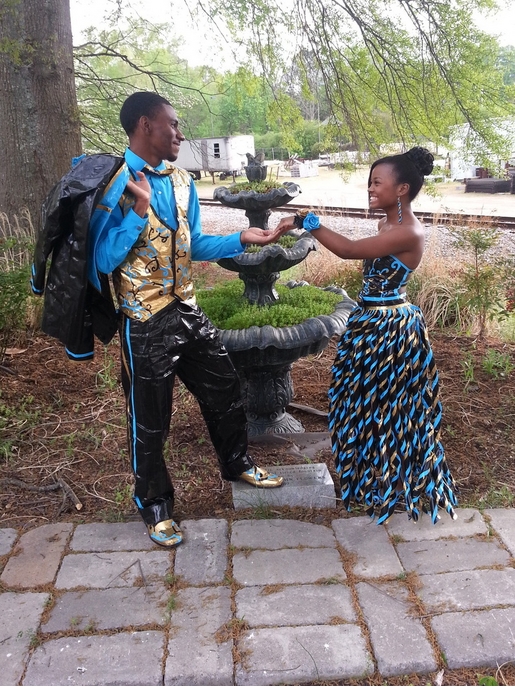 Senatobia, MS. – Duct tape which is usually used to repair items, specifically around the house,  was put to use in a different way as two Mississippi high school teens used duct tape for their prom attire.

According to My Fox Memphis, teens Kechantra Ward and Jeffery Patton used more than 20 rolls of duct tape to make their entire prom attire for a college scholarship.

Ward and Patton wish to win the grand prize and can be helped by voting at StuckatProm.com.