UPDATE: As of June 24th, the victim has been reported as still suffering from partial paralysis as a result of the shooting. She has regained limited mobility to her upper body. Her family is now seeking the help of a spinal injury specialist.

5 o’clock Saturday afternoon--as kids were still playing in the Elizabeth City summer sun, a single gunshot brought everything to a screeching halt.

This woman didn't want to show her face on camera, but tells NewsChannel 3 she ran across the road to 703 Second Street, where she found 19-year-old Julie Reed on the ground next to a car, holding her bleeding neck.

“She said she couldn't feel anything from the neck down, so I just kept her calm, kept her alert so I knew she wasn't going to die.”

Police and paramedics rushed to the scene, where she was flown by Nightingale to Norfolk Sentara General.

Police say their investigation showed she was never the intended target.

“There was an argument, and for whatever reason, she got out of the car and tried to break up the fight, and during the scuffle she was shot in the neck,” said Lt. Mike Boone with the Elizabeth City Police Department.

The gunman was able to get away, but police later caught up to him.

Investigators arrested 16-year-old Jamir Brazzle and charged him with assault with intent to kill.

Court documents show both boys helped Brazzle escape from the scene and did not tell police about the crime.

A quick criminal history check shows Brazzle was already out of jail on bond for another crime, awaiting trial on charges of armed robbery and assault with a deadly weapon.

Now, he is back behind bars, due in court on June 23rd for this latest shooting.

“She didn't deserve it.”

Neighbors who have been in contact with her family say Julie has regained feeling in her arms, but not yet in her legs.

Police say she is expected to survive. 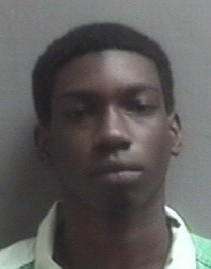