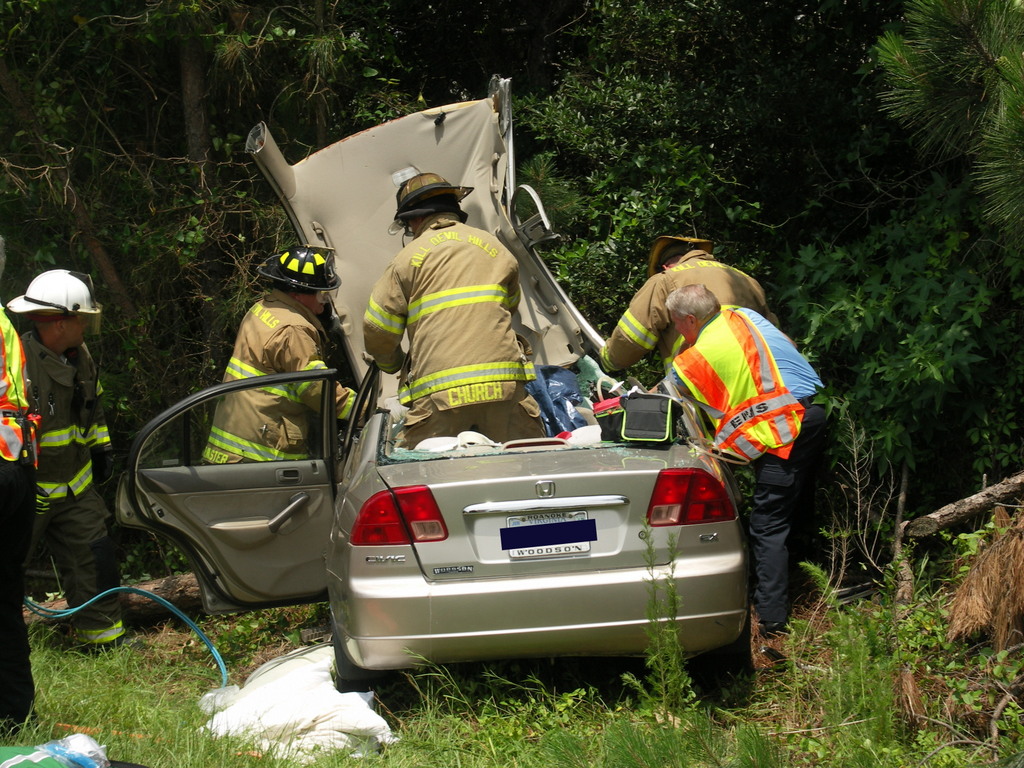 Several people were injured during a two vehicle crash on US-158 near Raleigh Avenue in Kill Devil Hills on Friday afternoon.

Kill Devil Hills Police say a pickup truck belonging to the city’s Buildings and Grounds fleet was being operated by a 43-year-old town employee when it struck a 2001 Honda Civic that attempted to make a left turn in front of the oncoming truck.

Police say the Honda was being driven by a 59-year-old man. He attempted to turn from southbound US-158 but traveled directly into the path of the oncoming truck heading northbound.

The truck hit the Honda in the right, front passenger area, sending it off the roadway and into a grove of trees.

The passenger in the front seat was transported to Sentara Norfolk General via Dare MedFlight due to the critical nature of her injuries.

The other two occupants and the driver of the truck were taken to Outer Banks Hospital in Nags Head via ambulance.

KDH Police say neither alcohol nor speed were factors in the crash.