A Loggerhead sea turtle was rescued near the Avalon Pier in Kill Devil Hills over the weekend after it was spotted entangled in a mass of netting and a discarded plastic bottle of antifreeze.

According to the Avalon Pier's Facebook page, people spotted the blue bottle attached to the 85-lb. turtle and then made a call to Kill Devil Hills Ocean Rescue.

A KDH lifeguard jumped off the Avalon Pier to rescue this entangled sea turtle. pic.twitter.com/XT0FfHDBd2

After the turtle was brought to shore, the debris was cut away and the the turtle was transported to the new Sea Turtle Assistance and Rehabilitation (STAR) Center at the North Carolina Aquarium on Roanoke Island. 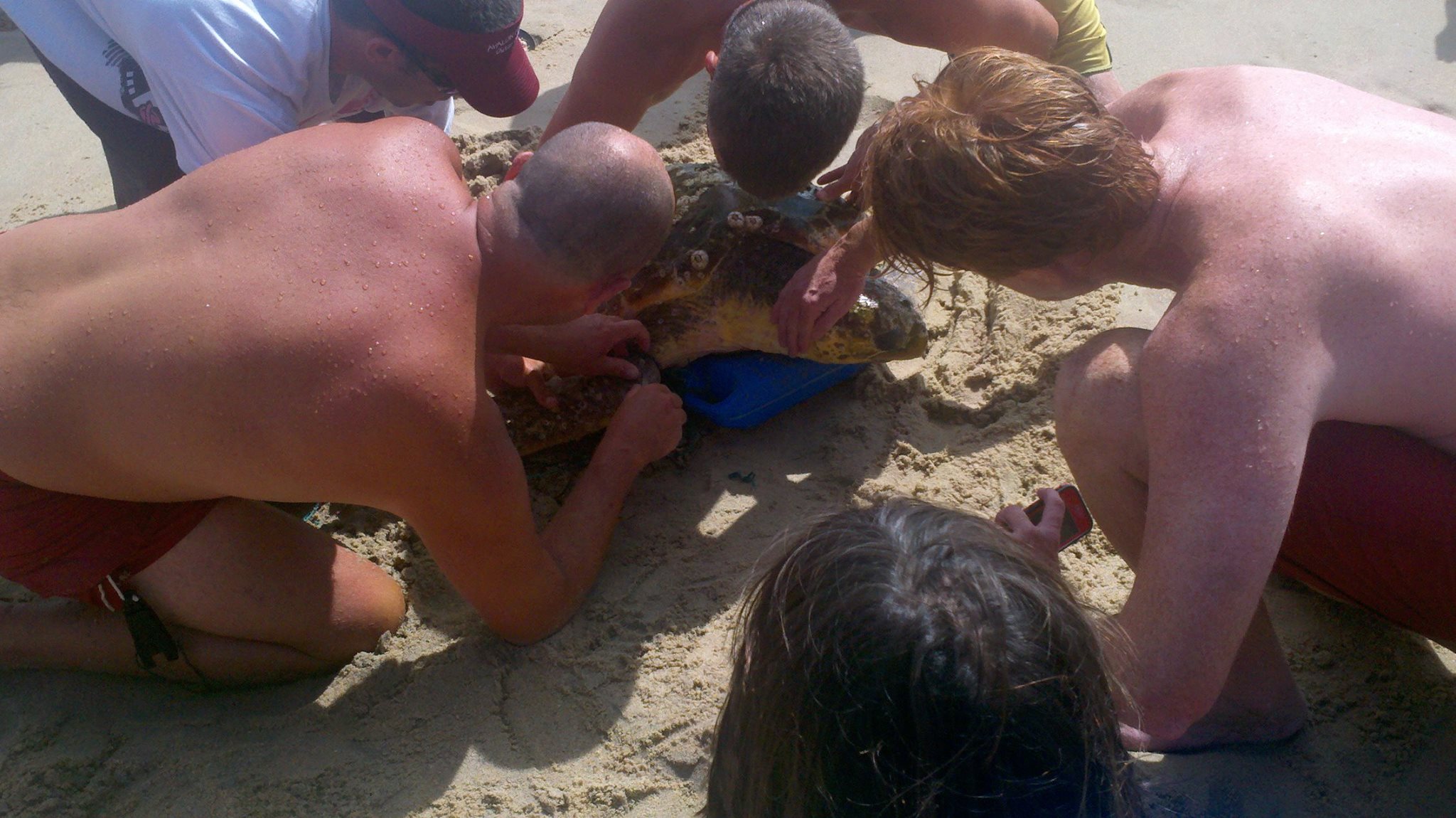