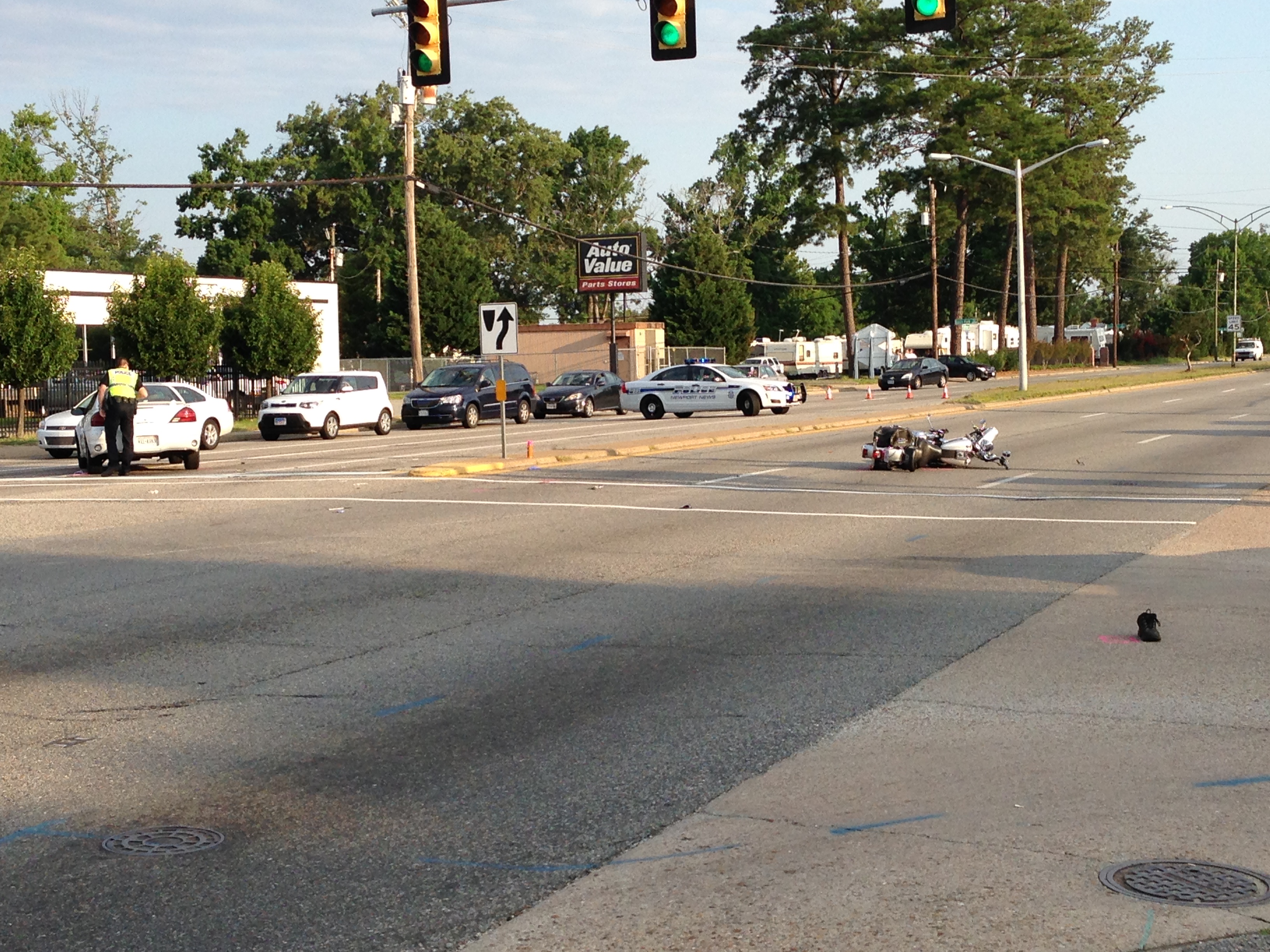 UPDATE: The driver of the motorcycle, 54-year-old Francis Henry Knoll, was pronounced deceased at the hospital on Wednesday, July 9th.

The Crash Reconstruction Team will be conferring with the Commonwealth Attorney’s Office in reference to charges against the female driver of the Pontiac Grand Am.

Newport News, Va. – All Northbound lanes at Jefferson Ave. and 74th Street were temporarily closed Monday morning in Newport News due to a serious motorcycle accident.

It happened at approximately 6:10 a.m. Emergency communications received a call of a vehicle crash at 74th Street and Jefferson Avenue.

A motorcycle driven by a man and a 2003 white Pontiac Grand Am driven by a woman were involved in the crash, police say.

Both divers were transported to a local hospital. The driver of the motorcycle has possible life-threatening injuries.

The Crash Reconstruction Team continues to investigate the crash and charges are pending against the driver of the Pontiac Grand Am, police say.

Avoid delays with our traffic cams and interactive traffic map.