Update: Four injured after multi-vehicle crash with Freightliner Box truck on I-64 EB 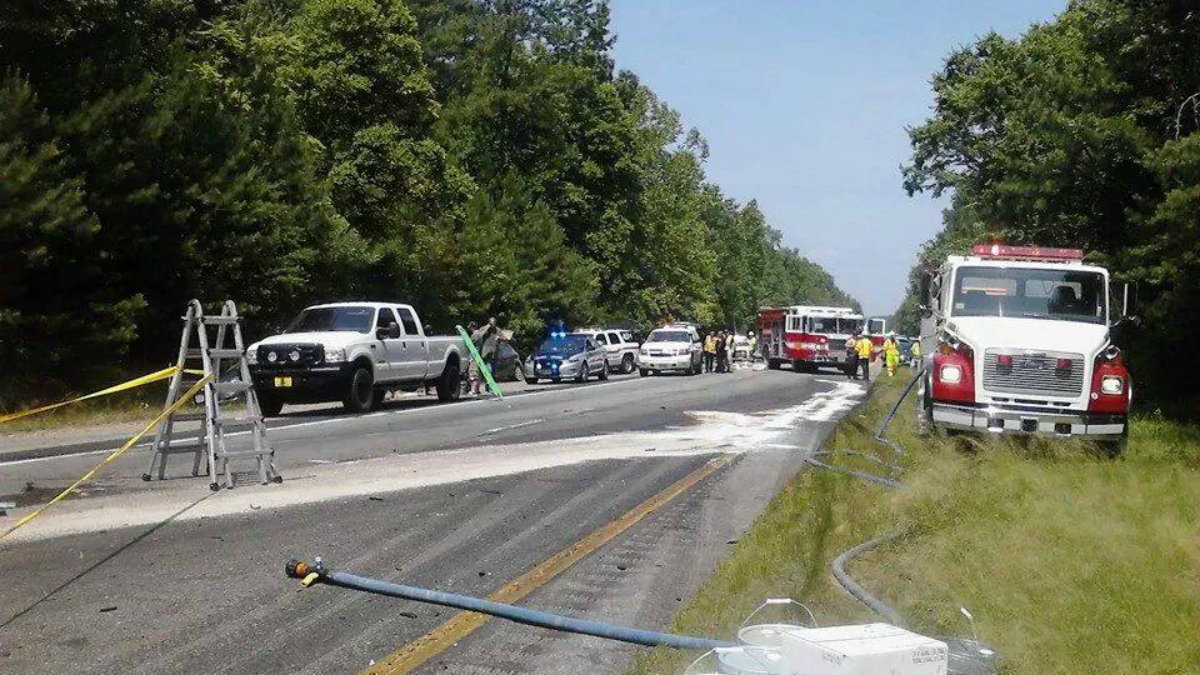 Right now one eastbound lane of I-64 has reopened after lanes were closed due to a multi-vehicle pile-up in New Kent County on Tuesday morning. Four people were taken to the hospital.

State police say 41-year-old James R. Frazier was driving a freightliner box truck in the left lane when he approached slowing traffic. The driver told police he looked down to get water and that’s when he realized traffic was coming to a stop. The truck hit a Toyota minivan, which then hit a Chevrolet Silverado pick-up truck.

Six other vehicles, including two tractor trailers, were also involved in separate accidents.

Frazier was charged with reckless driving.

Police have not released any information about the condition of the four people who were released.

Motorists are encouraged to avoid the area and seek alternate routes to Hampton Roads, including Route 60, Route 5 and Route 460.

Those already traveling eastbound on I-64 should use the following posted detour: take Exit 220 to Eltham Road (Route 33) to New Kent Highway (Route 30) back to Interstate 64 east at mile marker 227.

Additionally, the westbound left lane is now closed at mile marker 221 to alleviate eastbound congestion. Drivers are being allowed access to the median crossover. Once heading westbound, drivers can access the posted detour.

Click here to avoid backups with our cameras and interactive traffic map.