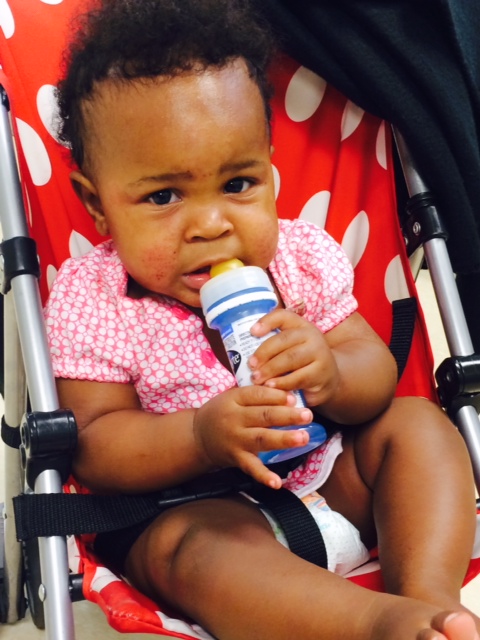 New York (CNN) – New York police have detained a 20-year-old woman they say left a baby in a stroller on a subway platform Monday.

A witness told police she saw a woman, described as between 20 and 30 years old, push a stroller from a subway car onto the platform when the doors opened. The woman didn’t get off the train, instead letting the doors slide closed and continuing on, according to the witness.

After waiting 20 minutes with the baby on the platform to see if the caretaker or mother would return for the child, the witness alerted police.

The 7-month-old girl is in stable condition at nearby St. Luke’s Hospital. She was not malnourished, though she suffers from a bit of eczema, police said.

Early Tuesday morning, police announced they had detained a woman for questioning. They didn’t release her name but said she was the baby’s mother.