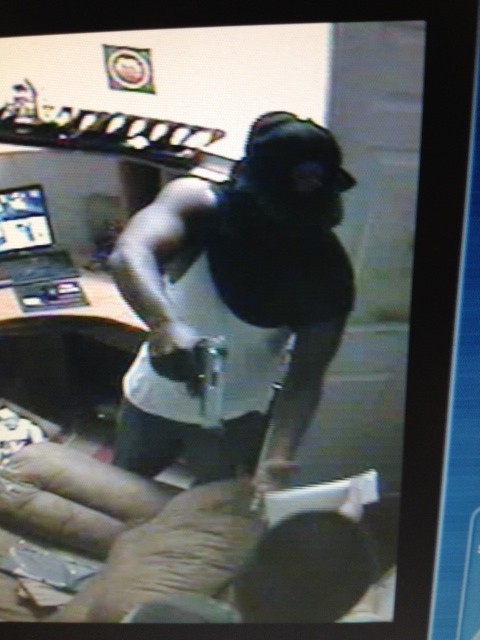 Portsmouth Police are investigating an armed robbery that occurred just after midnight Tuesday at the BP gas station in the 3300 block of Victory Boulevard.

Police received a 911 call just after midnight from an employee at the business.

Detectives say two suspects armed with handguns approached the employee as he was locking the doors to the business to leave for the evening.

The suspects demanded that the employee open the doors to the business and once inside, demanded he open the safe and give them money.

As one of the suspects collected money from the safe, the other began taking cigarettes from store shelves.

Both then ran from the business towards the neighborhood across the street.

Anyone with information in reference to this case or the identity of the suspect pictured is asked to call the Portsmouth Crime Line at 1-888-LOCK-U-UP.