Why a giant golden toad set off Chinese censors 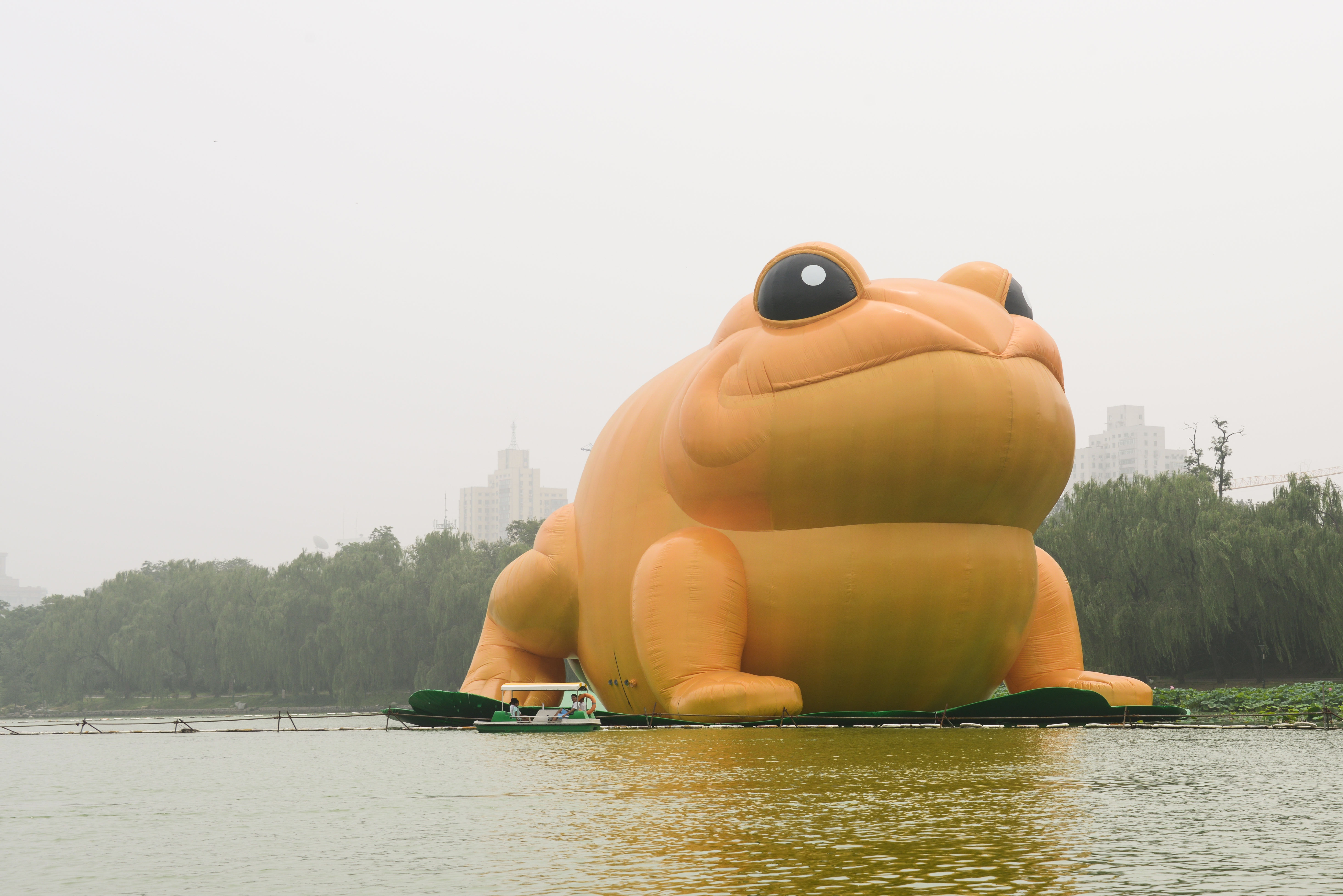 (CNN) – How do social media posts about a giant inflatable toad relate to criticism of a former Chinese President?

You just have to understand the secret language of Chinese netizens.

The officials who installed the 72-feet-tall toad in a Beijing park two weeks ago likely wanted to attract tourists — after all, golden toads are symbols of good luck and prosperity in China. The squatting toad floats on a giant lily pad as tourists ride boats to snap a closer picture.

As soon as the toad arrived, however, comparisons to former Chinese President Jiang Zemin almost immediately shot up on the popular Twitter-like social media service Sina Weibo. Government censors cracked down, and “toad” is now among the most-censored words on the service.

The comparison isn’t just a joke about Jiang’s puffy cheeks — it’s a way for Chinese people to communicate about Jiang, his legacy and the Communist Party.

“It’s kind of a hidden language,” said King-wa Fu, a University of Hong Kong journalism professor who studies Weibo censorship. “The netizens in China have created new terms, jokes, and humor to try to communicate with others because they can’t directly talk about the issue that they want to discuss.”

Before the giant toad gained attention, people already referred to Jiang, who served as president for 10 years in the 1990’s and 2000’s, with the nickname “toad” on Weibo. Photos of the giant toad spread that comparison much more widely.

“Even though it doesn’t really look like him, people find the association,” Fu said. “It’s a common understanding” that when people say toad, they mean Jiang.

Toad was among the top five censored words on multiple days over the last two weeks, according to Weiboscope, an online tool created by Fu and his fellow researchers that tracks censored posts and terms.

Jiang, who presided over a rapidly-growing economy while pushing market reforms, isn’t the only notable figure who has received an online nickname. Retired security czar Zhou Yongkang, who came under a corruption investigation this week, is referred to on Weibo as a popular brand of instant noodles that sounds similar to his name.

Xi Jinping, China’s current president, is sometimes referred to by the name of his favorite pork bun, Fu said.

“There’s a very special kind of environment in China — it’s censored but with a certain level of space for expressions,” Fu said. Humor fits in that space.

And the toad isn’t the first giant inflatable animal to merit government censorship. A heavily censored Weibo post last year played on the iconic Tiananmen Square photo of a man standing in front of a line of tanks by replacing the tanks with yellow Rubber Ducks.

But the censors are often quick to catch onto emerging trends. Fu said that what appeared to be first post about the inflatable toad was deleted after only one night.

“They understand it, they’re following it,” he said.

After rumors spread online and in Hong Kong television in 2011 that Jiang, 87, had died, the government similarly cracked down on Weibo posters.

Despite the online furor, visitors on Friday boated serenely around the toad in Yuyuantan Park, which is known for its cherry blossoms.